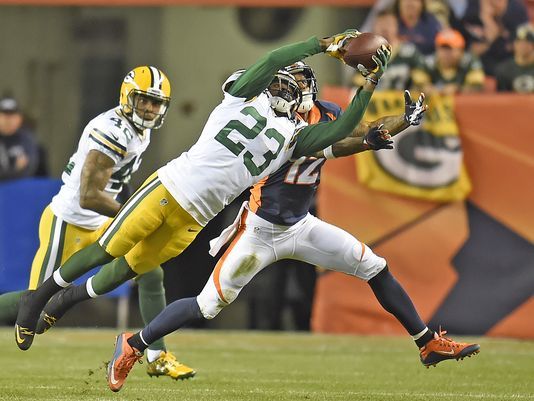 The Cleveland Browns continue to make trades on Friday, as they’ve acquired cornerback Damarious Randall from the Green Bay Packers in exchange for quarterback DeShone Kizer per a report from ESPN’s Adam Schefter. The trade is the third in a three-hour span from Cleveland, who also acquired Dolphins wide receiver Jarvis Landry and Bills quarterback Tyrod Taylor.

Browns traded QB Deshone Kizer to Packers for CB Damarious Randall, per source. In addition; the teams’ swapped picks in the 4th and 5th round.

Randall has played three seasons in the NFL for a total of 39 games over the course of his career. In that time, he’s compiled ten interceptions, a fumble recovery, and 138 tackles. He also holds two pick-sixes to his name and has started 30 of the 39 games he’s appeared in.

Kizer was not ideal for the Browns last season, playing and starting in fifteen games for Cleveland in 2017. Kizer has eleven touchdowns to a staggering 22 interceptions in the campaign, throwing for 2,894 yards and a completion rate of 53.6 percent. With Cleveland appearing to have moved on from him before the trade, Kizer was likely to be the third man on the depth chart and is now heading to Green Bay to back up Aaron Rodgers. The Packers were interested in Kizer during last year’s NFL Draft and almost took him in the second round. They now have him a year later.

In addition to the players involved in the trade, the two teams swapped fourth and fifth-round picks in the 2018 NFL Draft.