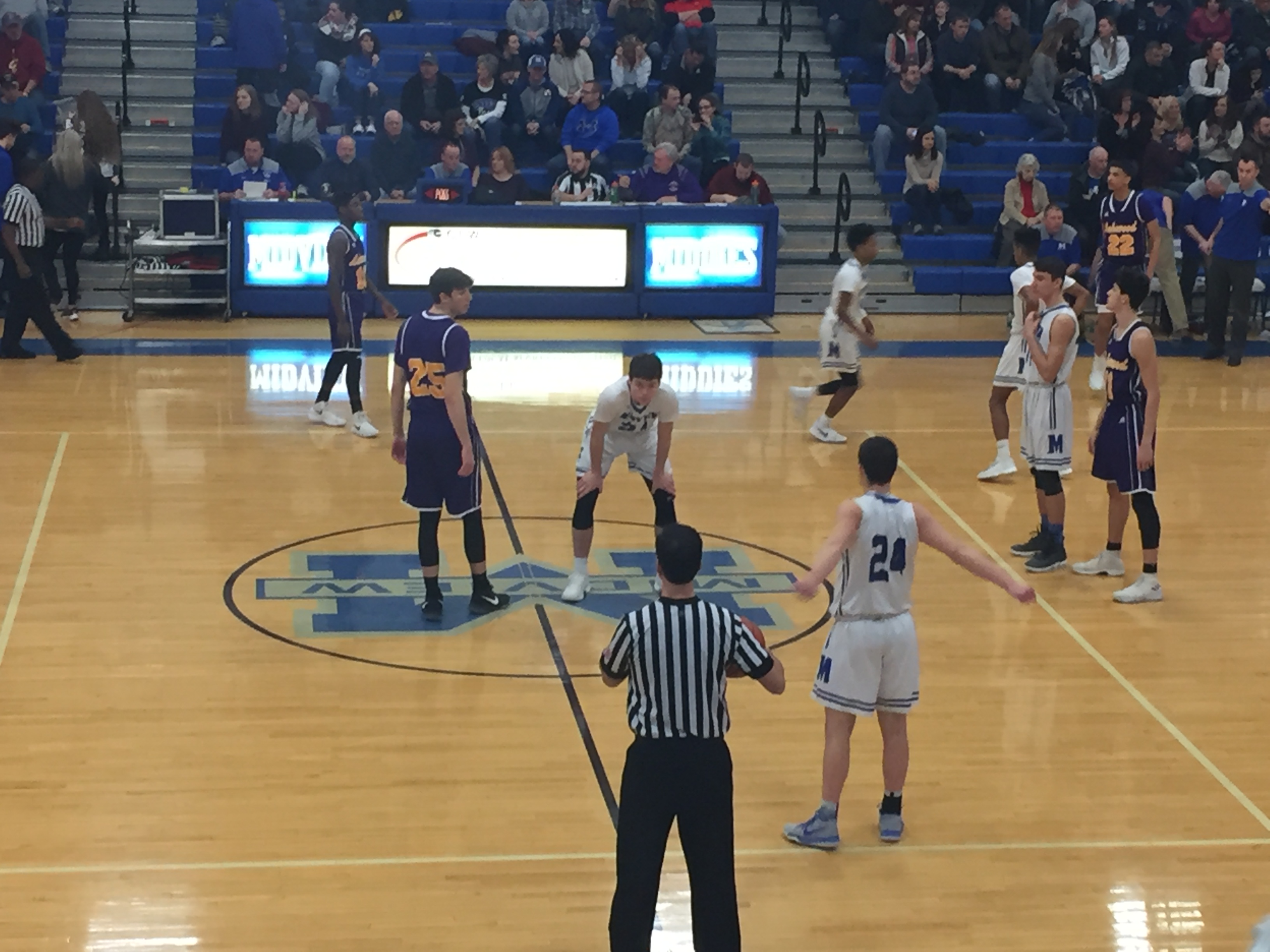 GRAFTON, OHIO – The Lakewood Rangers balanced scoring attack along with the ability to do the little things in the clutch was again the difference Friday night, as they outlasted the Midview Middies 50-42 to improve to 18-2 on the season, 16-1 in Southwestern Conference play.

The Middies, who fall to 10-10, 8-9 in conference play, hung tough till the end, and cut an 11-point fourth quarter Rangers lead to just three with a 1:30 to play before the Rangers were able to hit some free throws and get a big steal by forward Tim Smith to put the game away.

“Once again they had a tremendous game plan against us,” Rangers coach Alex Cammock said. “We hit some shots, made some timely shots and some timely plays.”

The Rangers balanced scoring attack was led by junior Zion Darby with 12 points, and he was helped out by Jacob Sala with 10 points, and Smith added nine in the win.

“Overall a great effort and I’m proud of these guys getting out of here alive,” Cammock said.

Midview 6-10 sophomore guard Jonny Manning kept the Middies in the game, playing tough and leading all scorers with 16 points, nine in the first half when the Middies were able to manage just 14 points as they trailed 22-14.

The Rangers held Midview to just 3-for-11 shooting in the first quarter as they took a 9-8 lead after one, and they finally got hot shooting, as they made 6-of-10 shots from the field in the second quarter, putting up a double-digit lead before heading into the locker room leading it 22-14.

The Middies would not go away quietly, as they rallied to start off the second half hot, scoring five points in the first two minutes, and they were able to claw their way back in, tying the game midway through the third quarter at 24.

That’s when the Rangers do what they do best, which is turn it on defensively, and they were able to go on a big run, outscoring the Middies 18-6 to take a 42-30 lead in the fourth quarter.

Thanks to their free throw shooting and a gutsy effort on defense, the Middies were able to get back into the game, and they hit some big shots to close it to 43-40 with 90 seconds to play.

Lakewood was able to do a great job playing keep away, and then in the final minutes hit a number of free throws to clinch the win and take home the season series 2-0.

On the night the Rangers hit 10-of-13 free throws, including 6-of-9 in the final quarter to seal the win.

Watching the Middies rally to make it a game was nothing new to Cammock and the Rangers, who have seen it a number of times this season already.

“This has happened so frequently, it’s given me a heart attack,” Cammock said. “Our guys work on executing and we execute very well, these guys are so selfless they share the ball so well, we have such a balanced attack.”

The Rangers will look to clinch at least a share of the Southwest Conference Championship next Friday as they will take on the North Ridgeville Rangers at home.

It will get no easier once the postseason begins for Lakewood, as they are in a tough Strongsville bracket ranked fourth with the likes of both St.Ignatius and St.Edward.

For now, they have the satisfaction of another team win against a Middies team that played like it had nothing to lose and left it all on the floor.

Click the Pages Below to See More Pictures From the Game between Lakewood and Midview!