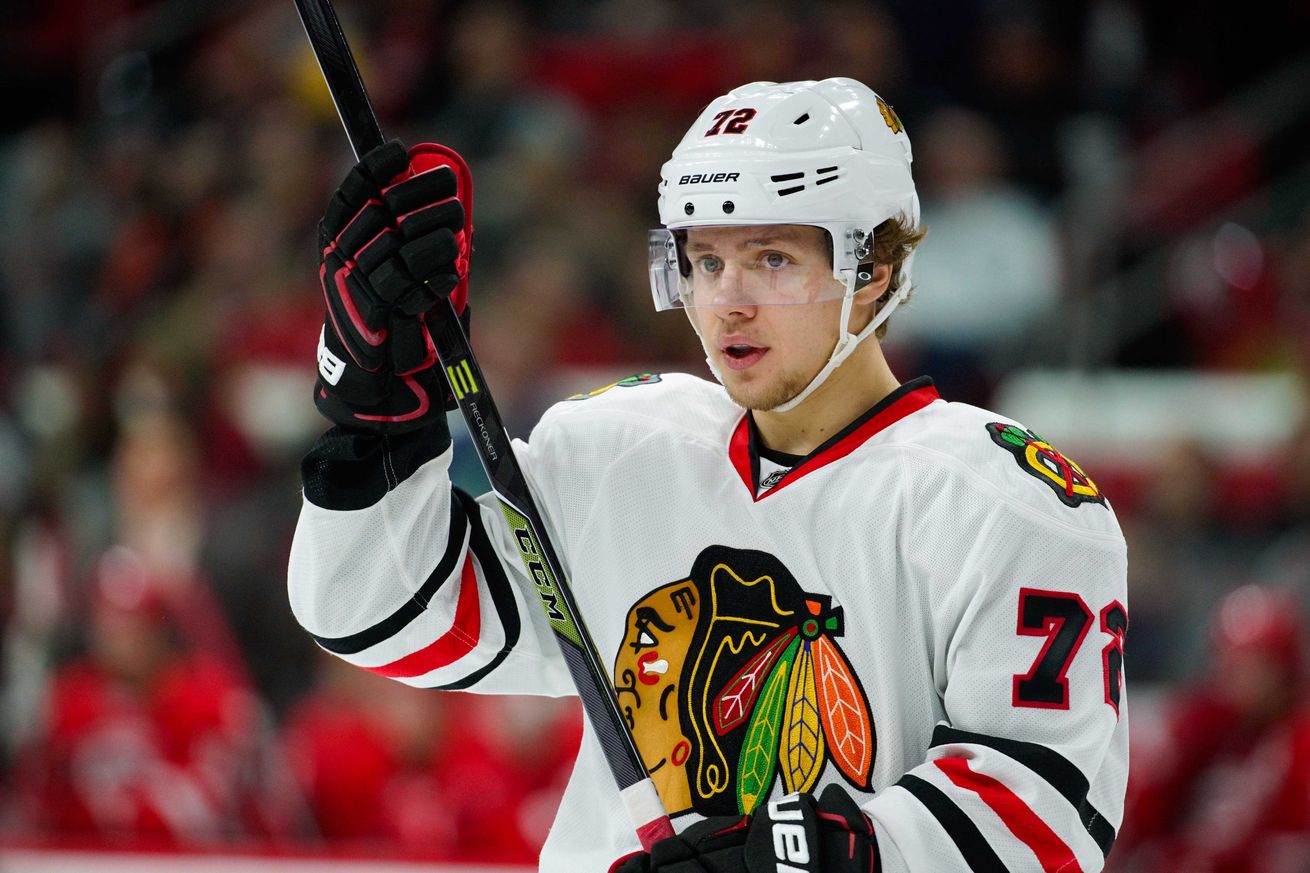 COLUMBUS, Ohio- Big news coming out of the Columbus Blue Jackets organization today, as they have acquired one of the best young players in the NHL today.

Columbus has made a trade with the Chicago Blackhawks to receive forward Artemi Panarin as the main piece of a deal which ships forward Brandon Saad to Chicago. Also included in the deal is Columbus’ goalie prospect Anton Forsberg, Chicago prospect Tyler Motte, a Columbus 2018 fifth-round pick and Chicago 2017 sixth-round pick.

Saad was a part of two Stanley Cup teams in Chicago, winning the 2013 and 2015 Stanley Cups with the Blackhawks. Saad put up 24 goals and 29 assists last season for the Blue Jackets.

It was also mentioned that Chicago’s Patrick Kane and Jonathan Toews stressed the issue of getting Saad back in the Windy City.

Belief is Jonathan Toews and Patrick Kane let it be known to #Hawks how much they missed Saad. They loved him.

The 25-year-old Panarin put up a whopping 31 goals last season along with 43 assists for Chicago, making his totals after two seasons currently 61 goals and 90 assists. The belief is that Columbus prospect Vitaly Abramov will make the move to Nationwide Arena to team up with Panarin. Abramov put up 104 points in the QMJHL last season and then played in the last four games of the Cleveland Monsters season.

“Artemi Panarin was the best rookie in the NHL two years ago, a second team All-Star this past season and is one of the most dynamic offensive players in the NHL. There is a cost to adding a player like Artemi, as well as a very good NHL prospect in Tyler Motte, but we believe this is a very good move for our team. We wish Brandon and Anton well and thank them for their contributions to our organization.”

It appears that CBJ is making their presence felt in the offseason so far, which will definitely need to be the case if they want to keep up with the back-to-back Stanley Cup Champions Pittsburgh Penguins.