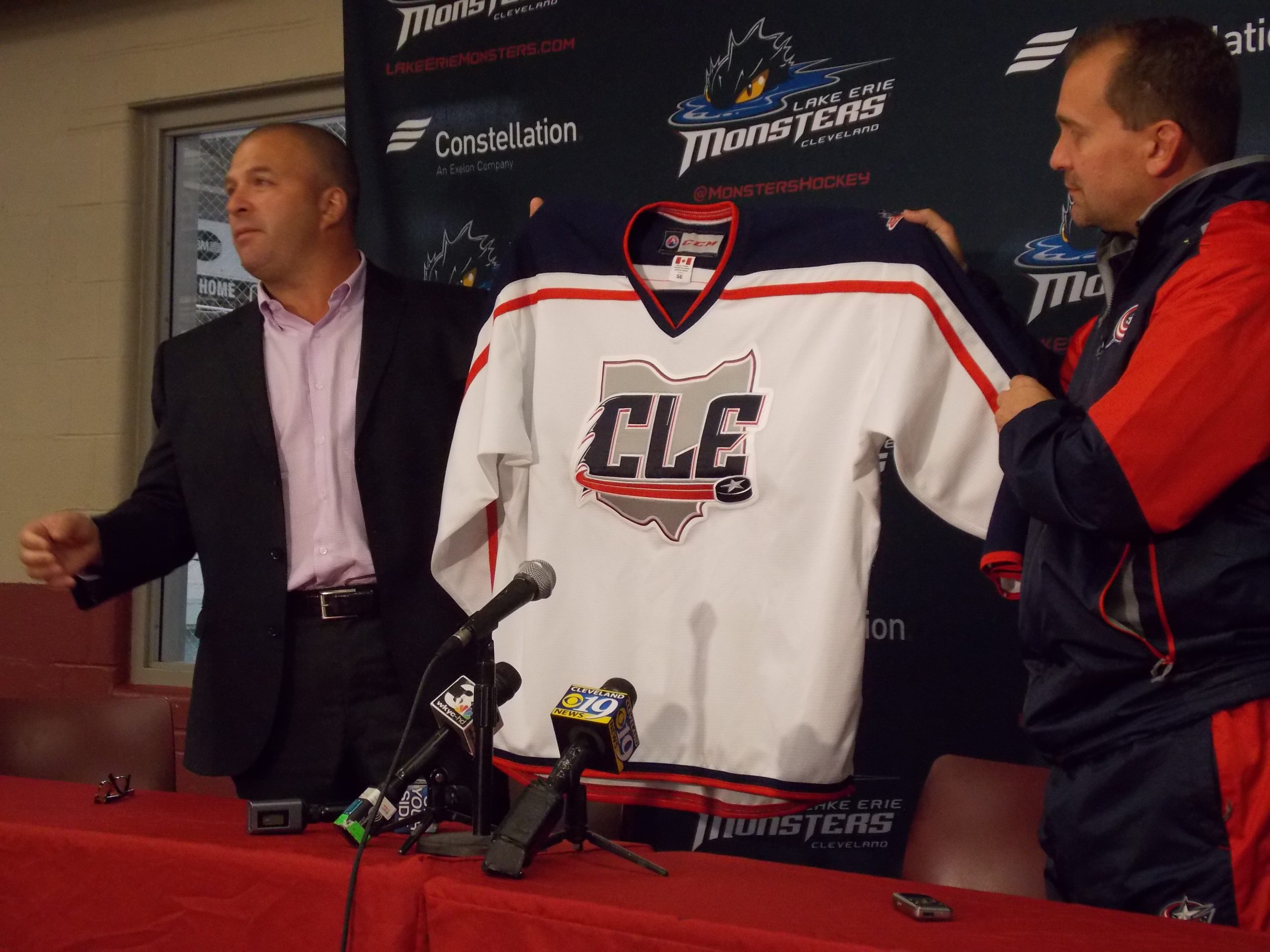 In addition, the club announced the hiring of Blake Geoffrion as Monsters assistant general manager and Steve McCarthy as assistant coach, while Manny Legace will return to the club as goaltending coach.

Prior to joining the organization, Bednar served as the head coach of the AHL’s Peoria Rivermen from 2010-12 and led the club to a record of 81-63-5-7.

Geoffrion, 28, has spent two of the past three seasons as a professional scout with the Blue Jackets after his playing career was cut short by injury. Nashville’s second round pick, 56th overall, in the 2006 NHL Draft, he tallied eight goals and five assists for 13 points with 34 penalty minutes in 55 career NHL games with the Predators and Montreal Canadiens from 2010-12 and also appeared in 84 AHL games with Milwaukee and Hamilton, notching 21-43-64 and 59 penalty minutes.

The native of Brentwood, Tennessee collected 55-59-114 and 147 career NCAA games during four seasons at the University of Wisconsin from 2006-10. He won the Hobey Baker Award as the top collegiate player in the nation in 2009-10 after recording 28-22-50 in 40 games for the Badgers in 2009-10. He also helped Team USA capture bronze at the 2007 IIHF World Junior Championships and gold at the 2006 IIHF World U18 Championships.

McCarthy, 35, joins the Monsters coaching staff after retiring as a player following his 16th professional season in 2015-16. He split last season between the ECHL’s Kalamazoo Wings and Lake Erie, where he notched 0-1-1 and six penalty minutes in 17 AHL games. Selected in the first round, 23rd overall, by the Chicago Blackhawks in the 1999 NHL Draft, he registered 17-38-55 and 168 penalty minutes in 302 career NHL games with Chicago, Vancouver and Atlanta. The Trail, British Columbia native also spent the 2010-11 season with TPS Turku in Finland’s Liiga and three seasons with Zurich SC in Switzerland from 2011-14.

Legace returns for his third season as goaltending coach for the Blue Jackets’ AHL affiliate. The 43-year-old native of Toronto, Ontario compiled a 187-99-18-23 record, 2.41 goals-against average, .912 save percentage and 24 shutouts in 365 career NHL games with Los Angeles, Detroit, St. Louis and Carolina from between 1998-2010 and won a Stanley Cup with the Red Wings in 2002. He was selected in the eighth round, 188th overall, by the Hartford Whalers in the 1993 NHL Draft.