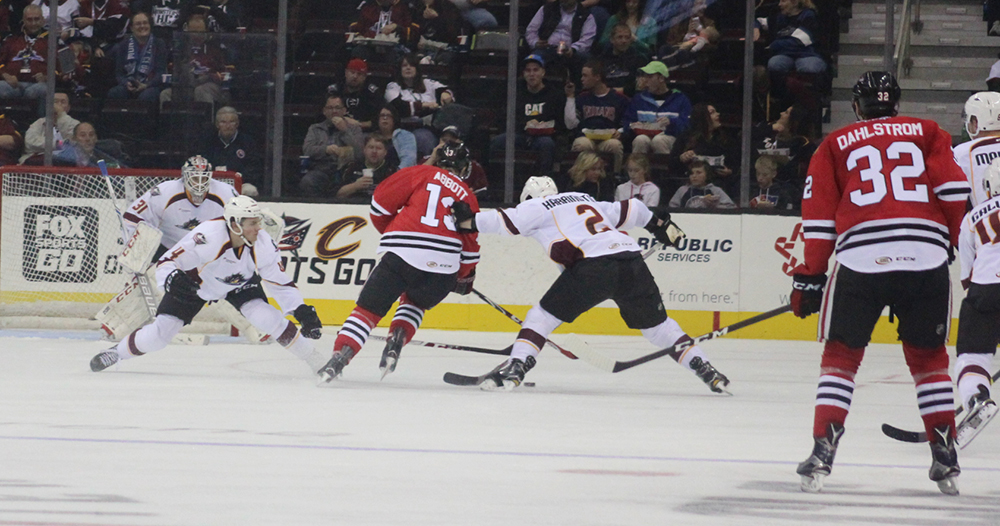 CLEVELAND – The AHL’s defending Calder Cup Champion Cleveland Monsters,  announced Sunday that defenseman Scott Harrington was recalled by the NHL’s Columbus Blue Jackets from a conditioning assignment to Cleveland. Harrington logged a +1 rating and four shots on goal in two appearances during the Monsters’ season-opening series at The Q, a 2-1 home win over the Rockford IceHogs on Friday and a 3-1 victory over Rockford on Saturday. Harrington was called up Friday from Columbus for conditioning and performed well while with The Monsters over the two game series with the Icehogs.

Captain Ryan Craig commented on his performance throughout the games and the ability to come up to Cleveland and fit into the team seamlessly, which shows what kind of pro Scott really is. At 6’2”, 219 lb. left-handed blue-liner from Kingston, ON, Harrington registered 0-1-1 with eight penalty minutes in 25 NHL appearances for the Pittsburgh Penguins and Toronto Maple Leafs spanning parts of the past two seasons. A fourth-year pro, Harrington, 23, logged 8-31-39 with 89 penalty minutes and a +33 rating in 143 combined AHL appearances for the Wilkes-Barre/Scranton Penguins, the Toronto Marlies and Cleveland spanning parts of five seasons from 2012-16.

Stay tuned to NEOSI for all of your Cleveland Monsters and Columbus Blue Jackets updates. Follow me on Twitter @NEOSI_Sprouse. Also, be sure to catch @Eli_Mooneyham and myself on Facebook for our pregame show “Between the Pipes” and the game wrap up with “Less Than A Minute Remaining” postgame show. Northeast Ohio Sports Insiders, bringing you the best of Cleveland sports.