The Big Ten Within Grasp of Earning Well Deserved Respect! 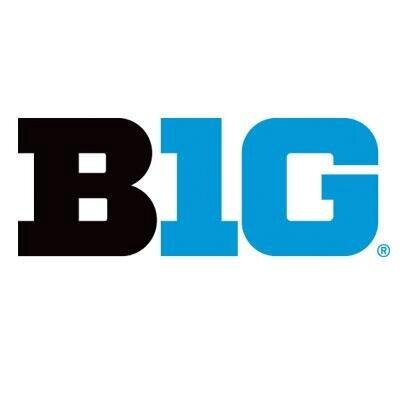 The Big Ten had a great Bowl Season last year and is off to another decent start this year.  It will be crucial that they continue to do well as they boast 3 of the top 8 teams in the country heading into Bowl season with Ohio State, Michigan and Penn St.  Many argued that all three belonged in the College Football Playoff.

Thus far the Big Ten is once again putting on a good showing for themselves.  They will need to continue this trend to buck the stigma of being a weak division.

As of today, they are 2-2, however one of those losses was a close one as underdog Indiana just barely lost to 19th ranked Utah last night by a score of 26-24.

There two wins have come in the Holiday Bowl as Minnesota took down heavily favored and Pac 10 representation Washington St 17-12.  Also, Northwestern defeated  23rd ranked Pittsburgh 31-24 in the Pinstripe Bowl.  Two impressive wins for the Big Ten early on.

Things will only get tougher however as the slate is full coming up.  It starts tomorrow night as they will be in action twice. The Orange Bowl will feature Michigan vs ACC Powerhouse Florida State.  Tomorrow night will also feature the Music City Bowl which will be a clash with the SEC as Nebraska takes on Tennessee.

The big one for the Big Ten is Saturday Night when the Ohio State Buckeyes clash with the Clemson Tigers (ACC) in the semifinals of the College Football Playoffs.  That game will also be the Fiesta Bowl.

Iowa will then have a chance to make serious waves as they collide with Florida in the Outback Bowl.  Florida is a traditional SEC and ranked 17th coming into the contest.  The Rose Bowl will feature Penn State versus USC in a traditional Big Ten versus Pac 10 matchup in the Grand Daddy of them all.

Finally, Wisconsin takes on the undefeated MAC champion Western Michigan on January 2 at the Cotton Bowl.

They must take atleast one against the SEC, both against the ACC and the one against the MAC to call it another great season.  I’d hate to see the headlines if they lose both SEC games and Ohio State gets knocked off by Clemson.  If The Big Ten wants respect, the opportunity to earn it for good is right in front of them!

Mike Goldberg reflects back to his UFC early days
Does a Western Michigan Win Save A Miserable Bowl Season for the MAC?