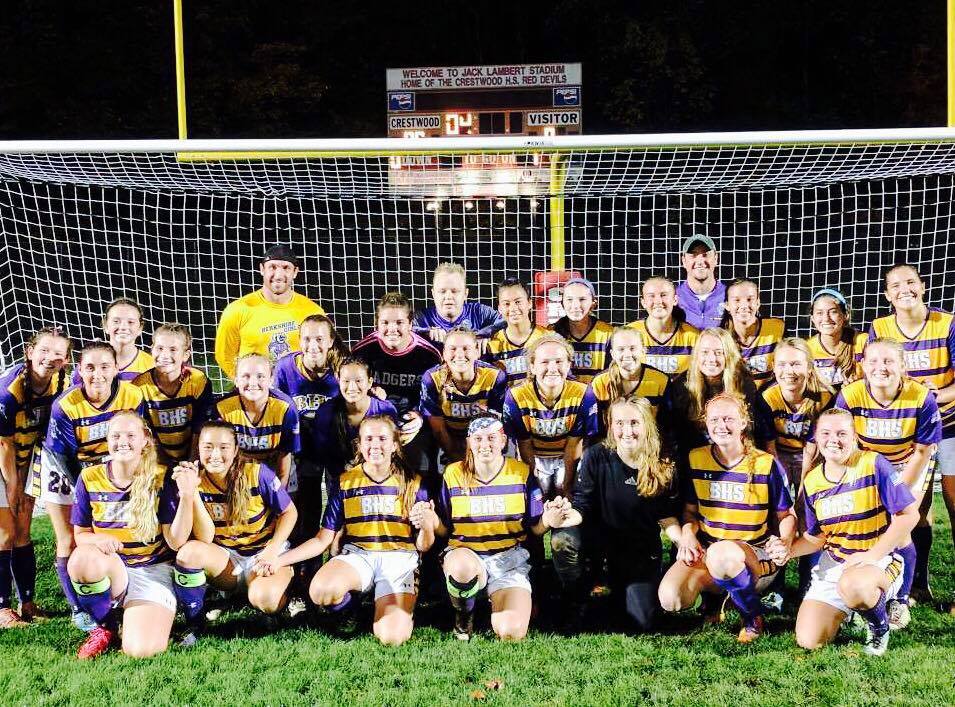 They were going on the road to play a team who, just the previous week, at their place, beat the 13th ranked team D3 in Ohio, and the #1 seed in the Kent district in Southeast High School

The match was an even match the first ten minutes. The Badgers missed a few breakaways and point blank chances.  In the 8th minute, Crestwood almost broke through with the game’s first goal, but Senior GK Catherine Lillibridge came up with a great save, punching the ball over the net.

It was one of the better saves  Cat made this season, instead of trying to catch the ball she did the smart soccer move and just punched the ball over the goal and conceded the corner kick. If she tries to catch that wet ball, it’s in the back on the net and they are down 1-0.”

Two minutes later, the Badgers finally broke through from a gorgeous left footed strike by Junior forward Julia Frank. After that, the Badgers never looked back in route to a 6-0 halftime lead.

The Badgers added two goals in the second half, making their way to an 8-0 final and perfect 16-0 regular season. The Badgers where led by Julia Frank with 5 goals and 3 assists. She has 16 goals and 14 assists in only 8 games. She lets her play speak for itself! She plays year-round, all winter and spring. So, you can clearly see that her dedication to playing club soccer puts her a notch above most high school players we compete against.

Lexi Boyk also added a goal and 2 assists. Amber Taraska also had two assists. Amber is one of those girls who gets forgotten amongst the team by other teams. But the coaches know how important she is!

Coach Ricky Nerrone had this to say about the perfect regular season and numerous school records, “Don’t get me wrong- what we accomplished is absolutely a memory we will have for a lifetime. But we have some bigger goals ahead during these playoffs. We are excited and honored to be the first ever girls team to go undefeated, but we aren’t content with that. We want to have a nice post season run here. We have worked way too hard this summer and fall to have this end in the first or second round of the playoffs.”