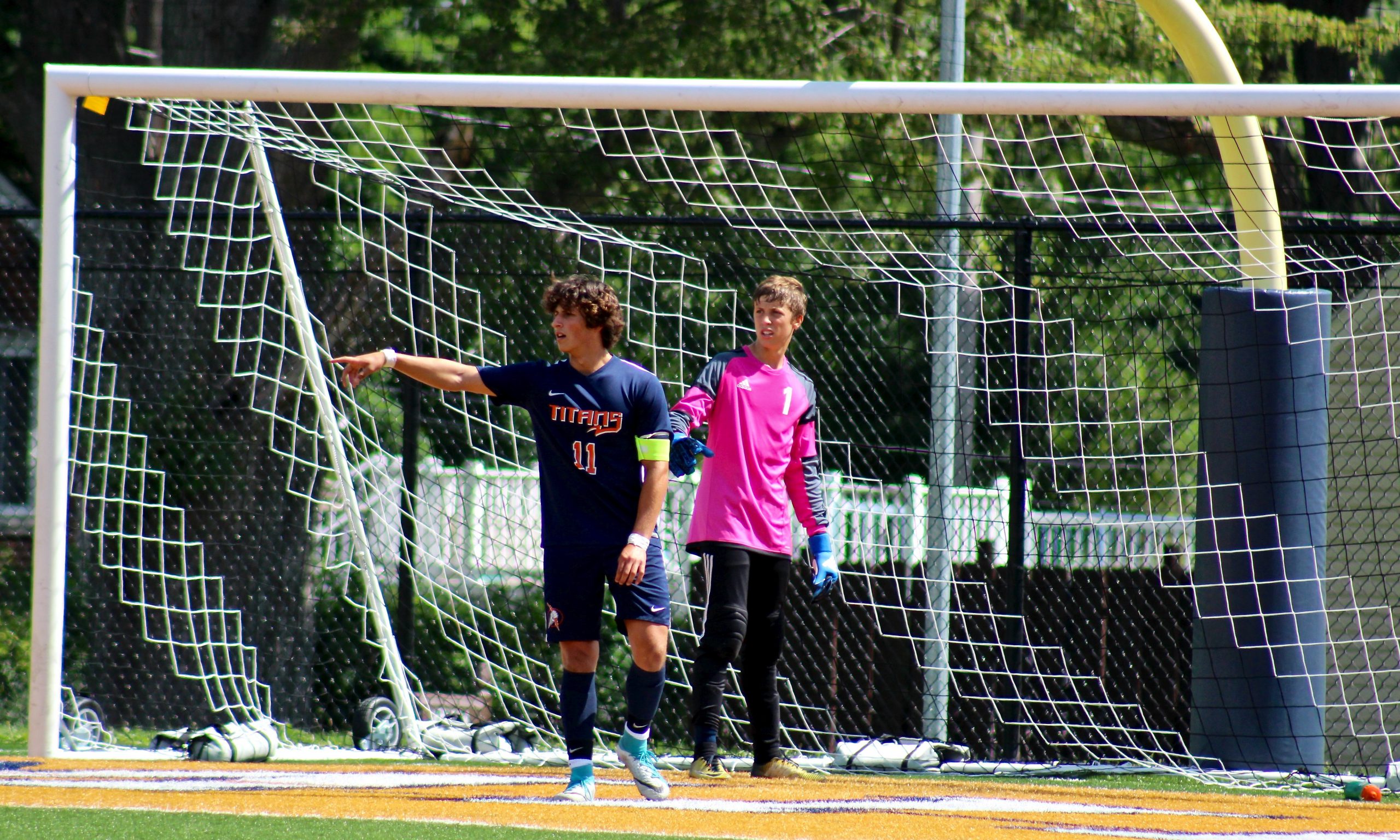 On Saturday the Titans welcomed neighboring Strongsville to the Roehm Athletic Complex for a very warm midday match.

Strongsville begain the match with several early opportunities in the first half. Titans junior goalkeeper Zack Zeleznik was up to the challange by denying several 1v1 shots on goal. Zach came up with big time saves all match long to give the Titans offense and opportunity to find the back of the net.

The Titans struck first in the 20′ when senior B. Garibotti finished a cross from the wing from midfielder N. Ruggiero. Garibotti recorded his team leading 5th goal of the season, and turned around to assist on the Titans next goal in the 31′ when Garibotti found senior forward J. Roberto for the 2-0 lead. The Titans would take their 2-0 lead into halftime.

The second half again found opportunities for Strongsville as they shifted more and more players forward to try and crack through. The Titans defense including Zeleznik continued to come up big to deny until the 77′ minute. Strongsville took advantage of a Titan defensive error and capitilized late in the match.

The Titans would not relinquish the lead to earn their 3rd win of the season. This caps off a very demanding week in which the Titans played 3 games in 6 days. During which the Titans earned two wins and a draw. Titans continue SWC play on Wednesday as they travel to Amherst to take on the SWC leading Amherst Steele Comets.