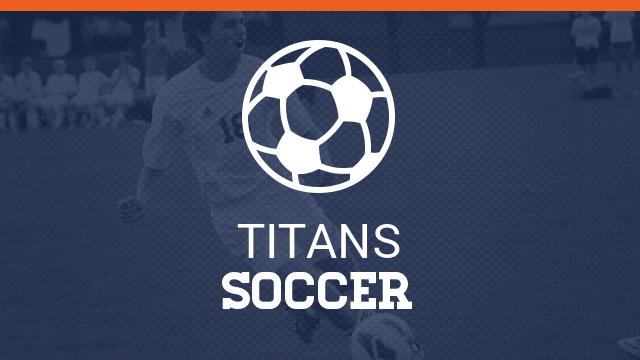 The Berea-Midpark girls soccer team picked up a 3-0 win at Lakewood on Saturday night at First Federal Lakewood Stadium. With the win, the Titans improve to 2-1-0, 1-1-0 in the SWC, while the Rangers drop to 0-3-0, 0-2-0 in conference play.

Senior captain Sam Matese opened the scoring for the Titans in the 17th minute when she popped a shot up and over the outstretched arms of the Ranger goalkeeper. Minutes later, freshman Mia Maruna scored her second goal of the season to give the Titans a 2-0 lead which Berea-Midpark would carry to halftime.

Shortly after the start of the second half, Matese struck again, this time on a header off a Kelly McCarthy corner kick. The back line of Molly Stackhouse, Molly Hausler and Athena Sevastos played strong, helping junior goal keeper Bridget Satow earn her second clean sheet of the season.

UP NEXT
The Titans will continue their SWC road trip as they travel to North Ridgeville on Wednesday August 29th. JV begin at 5 pm and Varsity at 7.