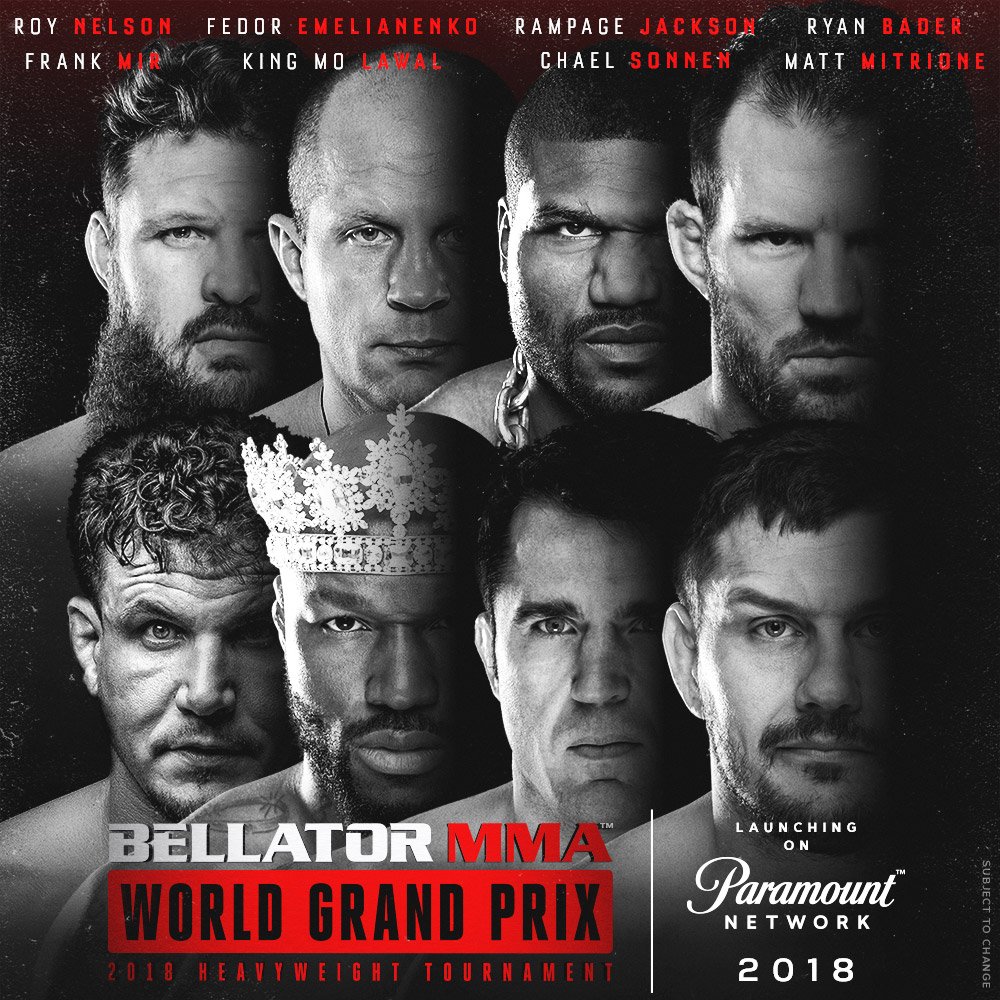 Bellator MMA continues to look for ways to compete with the ever dominant UFC.  They have made leaps and bounds over the years but one of the few things lacking from the promotion was a World Heavyweight Champion.

Well, that appears to be over as earlier today Scott Coker announced the 8 names listed for their first ever Heavyweight Championship Tournament.

It will feature 6 former UFC stars, including one former champion in Frank Mir.

Pairings have not been announced yet, but will soon.  The tournament is set to begin in early 2018.