The Battle of Cleveland Sports Ineptitude Round One: Who was the Worst Tribe Manager Since 2000? 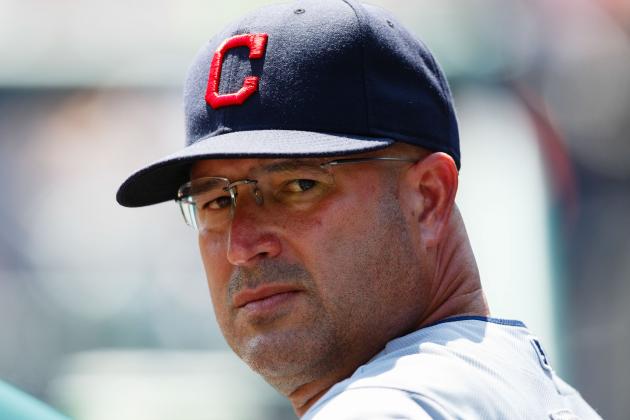 The voting for Round One of the Battle of Cleveland Sports Ineptitude has completed. The results are in!

Three days ago, we asked Cleveland sports fans who they thought was the worst manager of the Cleveland Indians since 2000.

Round 1 of "The Battle of Cleveland Sports Ineptitude"

Which Cleveland Indians Manager was the WORST since 2000? 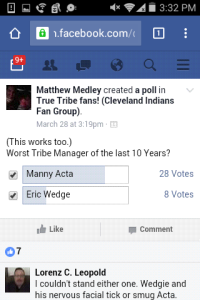 Here are the combined totals of the polls:

The winner is Manny Acta with 73 percent of the vote!

On behalf of all Tribe fans, “Thank God for Tito.”

And now that we have found the winner of round one, it’s time for Round Two!

Who was the Worst Cavaliers Head Coach since 2000?

Who Was the Worst Cleveland Cavaliers Head Coach Since 2000?

Vote on Twitter or join the Cavs All In Facebook Group to cast your vote! We’ll have the results in three days!