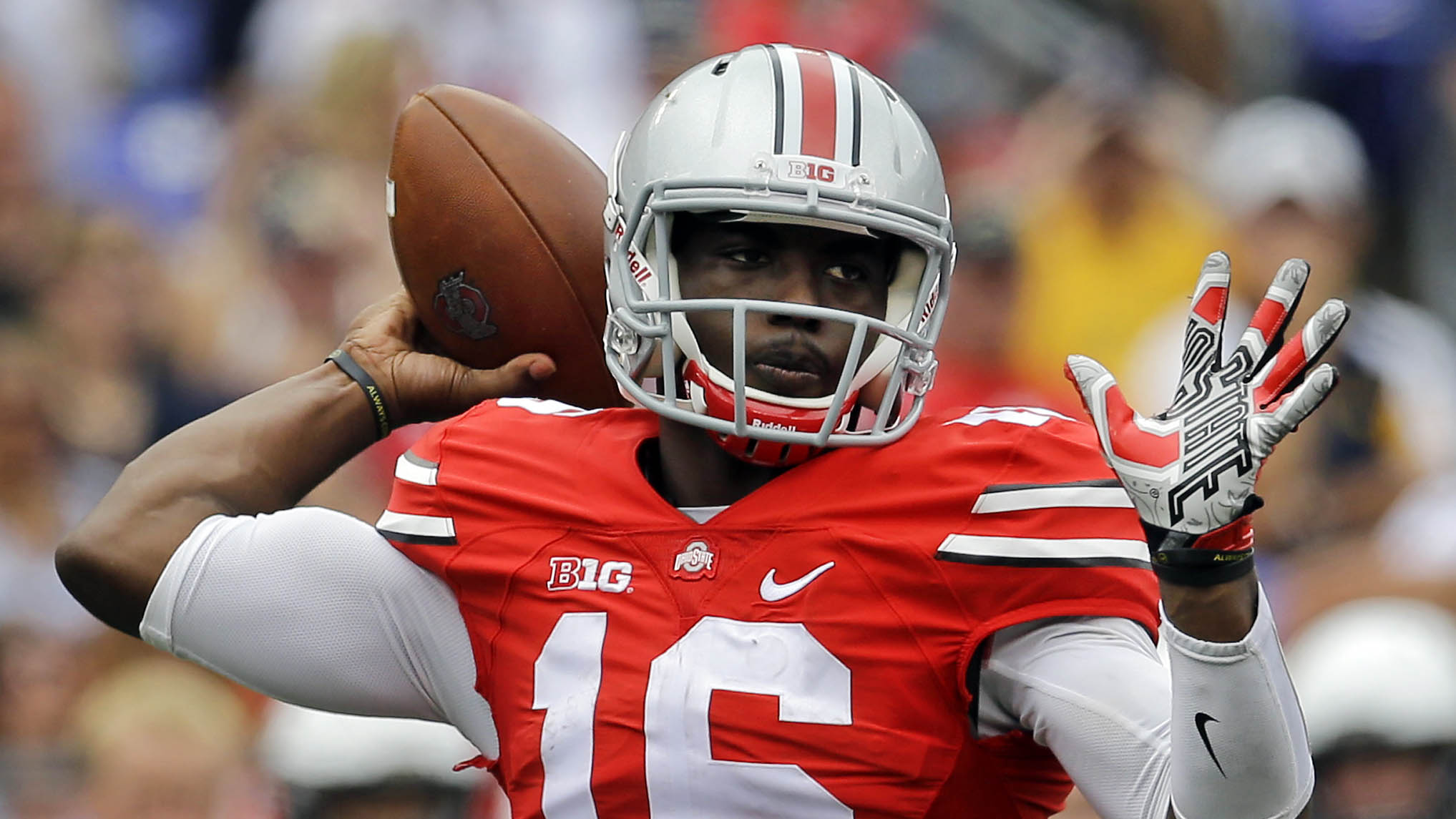 Ohio State did not experience much difficulty moving the ball Saturday, as they managed 586 total yards on offense. To Army’s credit, the first half was tight as the Buckeyes led 17-7.

Then, an offensive burst propelled OSU to a 38-7 victory, as Quarterback JT Barrett became the Big Ten’s most touchdown-rich player in the conference’s history.

Drew Brees will forever hold a place as a member of the Big Ten elite, but Saturday was Barrett’s day, as he eclipsed Brees’ record of accounting for 106 touchdowns during his career at Purdue.

During the fourth quarter, Austin Mack hauled in a nine-yard throw from the record-setting signal caller to strike the dagger into the hopes of Army, and officially surpass Brees to sit alone atop the Big Ten.

Barrett would account for two other scores earlier, including a five-yard scramble, and a 20-yard dart to Terry McLaurin. He would total 270 yards passing on 25 completions.

However, much of this offense’s success can be accredited to the true freshman show-stopping sensation, JK Dobbins. Totaling 172 yards on a mere 13 carries, Dobbins literally carried this Buckeye offense as well.

Dobbins reached the endzone twice, including Ohio State’s second score of the game, and a 52-yard race to the finish to kickoff the Buckeyes’ rise in points during the second half.

Senior linebacker Chris Worley left Saturday’s game after sustaining an injury. Further evaluation will be performed as the week progresses.

But, on a more positive note, his replacement, Tuf Borland had stepped up and quickly made a name for himself. Borland, a freshman, made plays all over the field and emerged as a new name to watch on this Silver Bullet defense moving forward.

Entering Saturday’s matchup, many people were calling for the benching of Barrett, and in the fourth quarter, those folks got their wish, as redshirt freshman Dwayne Haskins entered the game once Barrett had put it away. Haskins was 4/4 passing, showing some promise with his quick-firing arm.

Advancing to 2-1, the Buckeyes will be hosting UNLV next Saturday at noon. Barrett will, once again, be starting, as he deserves.