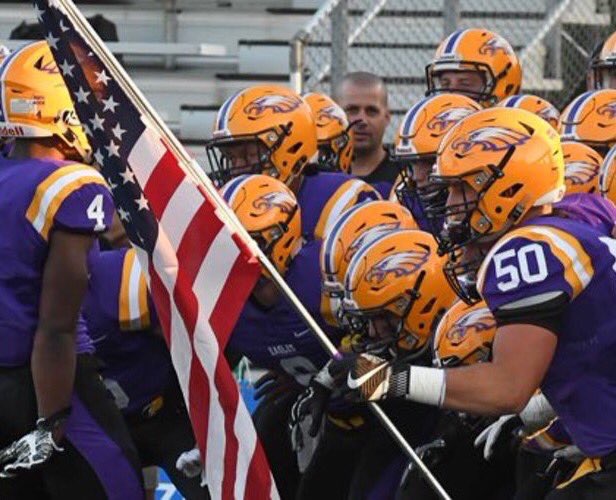 This game recap is brought to you by Crystalina’s Pizzeria. Visit them at 36962 Detroit Rd, Avon, Ohio, 440-934-1011 or online at www.crystalinaspizzeria.com, and remember, #thechoiceisCrystalclear

The sting of a Northeast Ohio winter night came in early November to Pat Catan Stadium at Strongsville High School. But in the end, it was the Soutwestern Conference champion Avon Eagles who took the sting out of the Medina Highland Hornets.

Led by a swarming defensive second-half effort and timely big plays on both sides of the ball, Avon advanced to next week’s Division II, Region 6 final versus Olmsted Falls with a decisive 28-10 victory over the Highland Hornets.

Highland started fast and furious on this cold night, the coldest game so far this season, and took a 7-0 lead with 2:06 left in the first quarter when junior standout RB Jake Rogers scored from point blank range.

Avon stormed right back on a four-play, 42-yard drive that capped off by a Mark Steinmetz one-yard run to tie the game at 7. A Highland 22-yard field in the second quarter made the score 10-7 Hornets at the break.

Rogers had his way in the first half for Highland with 93 yards rushing, but Avon knew it had to make adjustments in the second half if it wanted to keep it’s state championship dream alive.

And adjust they did.

Led by linebacker Kyle Kudla, the Avon defense set their sights on Rogers and held him to minus-six yards in the second half, although Rogers was a weapon coming out of the backfield catching passes, the Eagles could live with that.

They managed to get off the field on third down unlike the first half, and Maloy and the offensive line took care of the rest.

Wearing down the Highland defense play by play, Avon fed sophomore running back Nick Perusek. This ultimately led to two second half scores from two yards and five yards in the third and fourth quarters.

Maloy ended the scoring with a four-yard run of his own giving Avon their margin of victory. The Eagles placekicker/ mister everything, David Orlando, also surpassed 60 PAT made on the season in the win.

The Hornets ended a stellar season with a 9-3 record and the cream of the Suburban Conference crop.