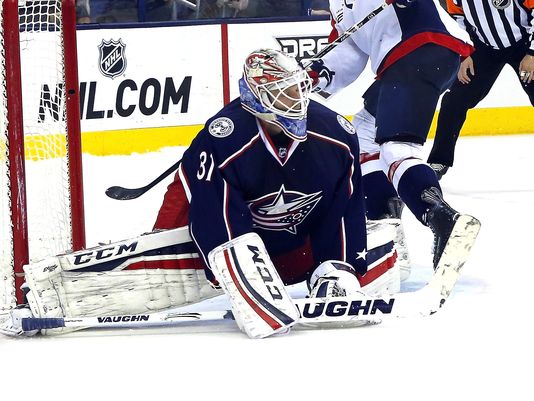 Goaltender Anton Forsberg was called up from the Lake Erie Monsters on Saturday, in an emergency situation when starter Sergei Bobrovsky re-aggravated a groin injury.

The 23-year-old from Sweden was only called up to serve as a backup to Curtis McElhinny, but McElhinny exited the game in overtime with an injury, and the score tied at four apiece.

The match with the Washington Capitals went to a shootout, and it was one heck of a situation for Forsberg to be in on the night of his NHL debut.

Forsberg was brilliant in the shootout, allowing just one goal, on six shots, and earned the win.

According to Elias Sports Bureau, it was the first time in NHL history that a goaltender earned his first career win without playing in regulation.

Forsberg was fantastic in 2015 with the Monsters, going 12-6-2, with a .900 save percentage. Now, he may have an opportunity to show his talent at the NHL level.

The Blue Jackets’ next game is Tuesday against the Minnesota Wild, Bobrovsky is listed as day-to-day, and McElhinny has already been ruled out for the game, so perhaps Tuesday will be Forsberg’s first start.