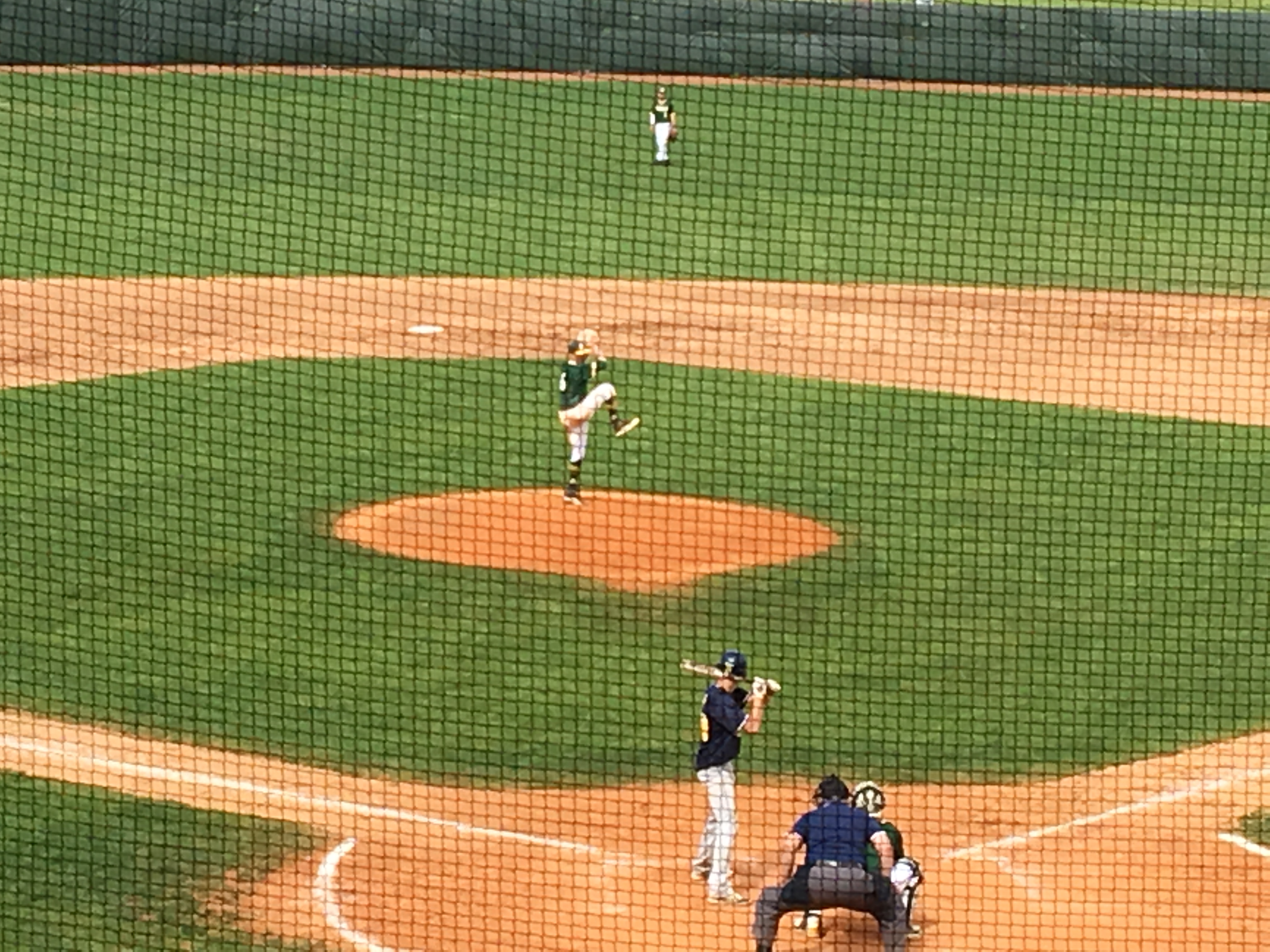 LORAIN, OHIO– The Amherst Comets (23-4) will play for a district title for a fifth consecutive year after topping their Southwestern Conference rivals, the Olmsted Falls Bulldogs, 4-1.

It was a typical day on the mound for Amherst ace Evan Shawver. He struck out 12 batters in seven innings, giving up just three hits and one walk. He now has 112 strikeouts in the 2018 season.

Shawver began the game by striking out the side, and saw success early using his curve ball earlier in the count than he normally would.

“A lot of teams, after they see my high (number of) strikeouts, they try to get ahead on my first-pitch fastball so they don’t get down in the count for my off-speed,” Shawver said. “But today I kind of mixed it up, started off with my off-speed first to try to get them mixed up on my pitches.”

While his fastball is killer, Shawver’s full arsenal of pitches and his ability to mix them up is what’s made him so lethal to opposing teams throughout the season.

“That’s the nice thing about Evan, he can throw four different pitches for strikes at any count,” Amherst head coach Matt Rositano said. “When you have guys guessing while gearing up for 92, 93 (mph) it makes it really hard on opposing hitters.”

Shawver kept things moving on the mound until Amherst was able to get on the board in the third inning. Jake Hart reached base on an error and the next five Amherst batters all recorded singles. Shawver, Gabe Solak and Hunter Cassidy all had RBI hits. Shawver scored the final run of the inning on a passed ball.

“That was a great inning for us,” Rositano said. “When you give Evan a four-run lead you feel pretty good as a coach.”

The Bulldogs scored their only run of the game in the sixth inning, ending Shawver’s 44-inning scoreless streak. Kyle Huminek scored on an RBI groundout from Teddy Grendzynski, but since Huminek reached base on an error, Shawver still has yet to give up an earned run this season.

Since Shawver set the single-game strikeout record (19) against Olmsted Falls earlier this season, the Bulldogs were willing to try any approach coming into Wednesday’s game to gain an advantage.

“I’m the only lefty coach, so the other day I put the L-screen about 10 feet away and I threw as hard as I can,” Olmsted Falls head coach Todd Urban said. “I can barely pick my arm up today. I was throwing them curve balls, off-speed, as fast as I could throw. That’s the only thing that can kind of simulate when a kid’s throwing in the 90s and has a pretty nasty curve ball.

“He’s tough. We’ve faced him since he was a freshman and he’s one of the best in the state.”

Olmsted Falls’ season ends at 16-7. The Comets will face No. 2 St. Edward in the district finals at the Lorain Pipe Yard on Thursday at 5 p.m.