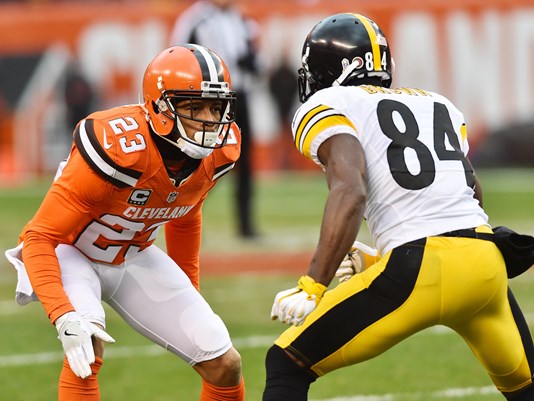 UPDATE: Joe Haden has signed a three-year, 27 million-dollar deal with the Pittsburgh Steelers. Haden met with the Steelers today, his only visit after being cut by the Browns. Seven-million dollars of the deal is due this season for the former Florida Gator.

From Brown and Orange to Black and Gold?

That’s what appears to be next for former Browns defensive back Joe Haden after his sudden release from the team this morning. Numerous reports are showing that the Pittsburgh Steelers are the frontrunner to land Haden via free agency.

To add to what @AKinkhabwala said on #Steelers & Joe Haden: They were in on Dre Kirkpatrick & Nolan Carroll in FA. Can fill void with Haden

It would certainly be a weird time in Cleveland, as opening day/night for the Cavs and Browns would both feature former players with their new teams. Those players would be Haden with the Steelers and Kyrie Irving with the Boston Celtics.