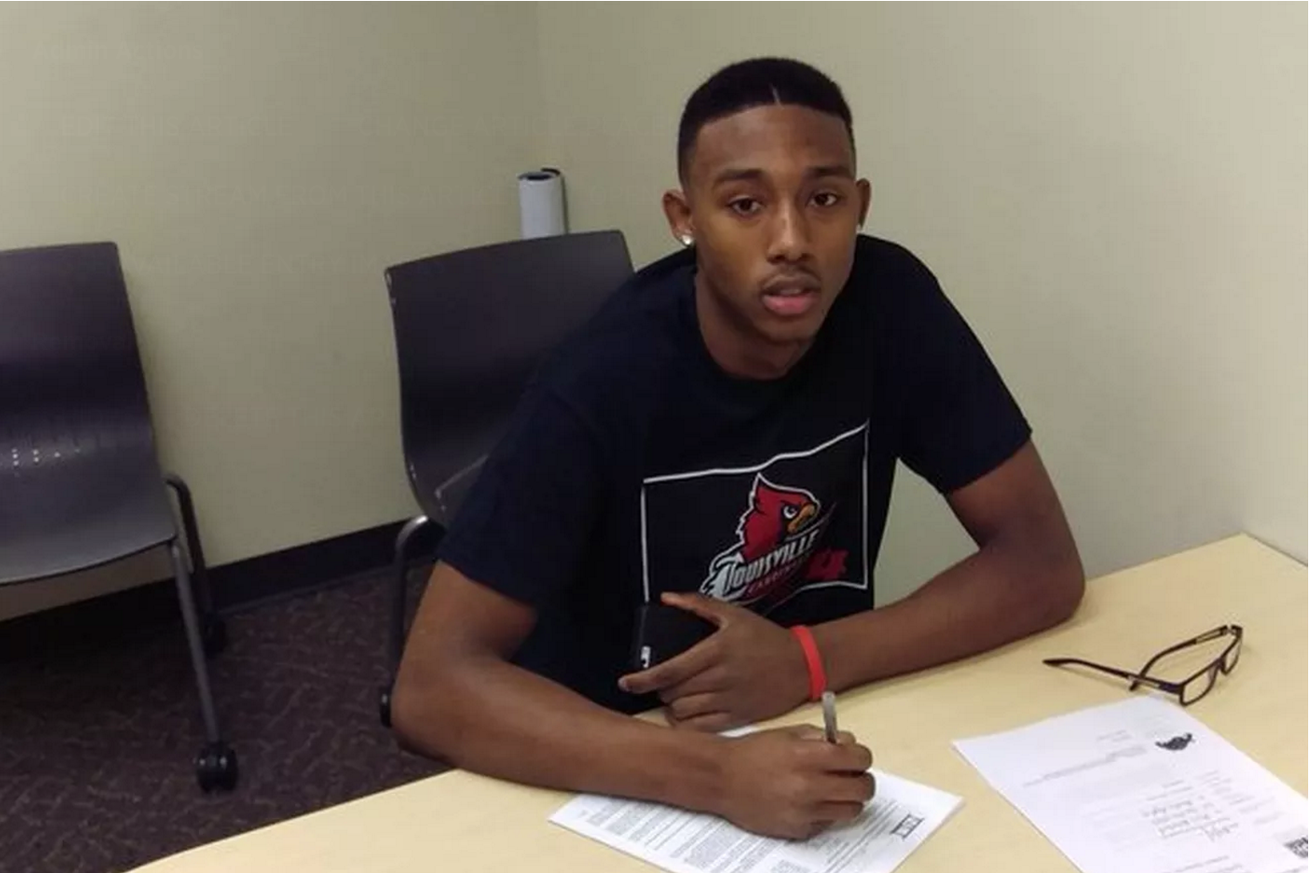 A top local basketball player from Garfield Heights has done a 180 when it comes to attending Louisville, as Bulldog senior Frankie Hughes has decided not to attend the school after all, and will go elsewhere this fall.

The three-star guard signed with Louisville back in early November, but today Evan Daniels of Scout.com tweeted that the school and Hughes have “mutually agreed” to part ways.

The 6’4 guard was also on the radar of Wisconsin, St. Joseph’s and VCU, and it’s not known as of yet if he will try to get back in with one of those schools or not.

This last season Hughes averaged 18 points per game and earned first team all-district honors. He had five games of 20 or more points this year, including a season-best 27 against the Shaw Cardinals.

“He didn’t feel like they were showing him enough love,” Bulldog coach Sonny Johnson told Cleveland.com. “They still wanted him to go there, but he just wants to go somewhere where he can play.”

Louisville withdrew from this year’s NCAA Tournament, as part of self-sanctioning for violations which took place between 2010 and 2014.