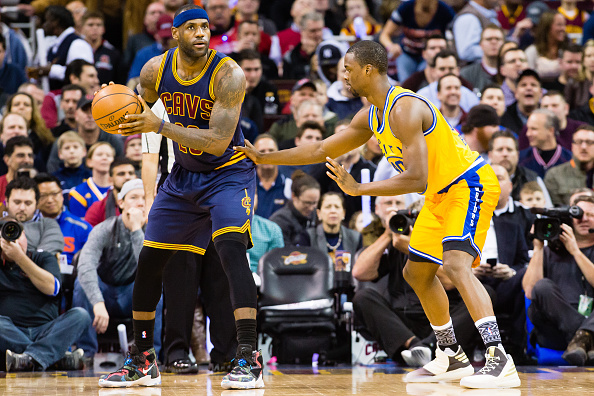 Steve Kerr trusts some of the guys on his bench a little too much sometimes. He wasn’t afraid to throw the likes of Leandro Barbosa, Anderson Varajao, and Marreese Speights into the fire even in game seven against the Thunder. It didn’t hurt him then, but the man is playing with fire. Predictably, Warrior lineups without the two time defending MVP have been barely staying afloat at best. The best plus minus number for a non-Curry lineup in these playoffs is a +3.5. That lineup only played about 7 minutes, one game, and featured Klay Thompson and Draymond Green.

Especially at home, Kerr is more reliant on his bench guys. When Kerr rests Curry, or even (gasp) Curry and Thompson/Green, the Cavs need to take advantage. Ty Lue showed a newfound affinity for LeBron running the second unit in the Toronto series, and playing him against Golden State’s backups would give the Cavs’ a good chance to either extend leads or shrink Golden State leads against bench players

Is Destiny Set To Bring Cleveland Their Long Awaited Championship?
Curry or LeBron? Who Will Be Crowned 2016 Champion? Who Will Lay Claim to Title of NBA’s Best Player?