How Big of a Loss Would it Be If Alex Mack Left the Browns? 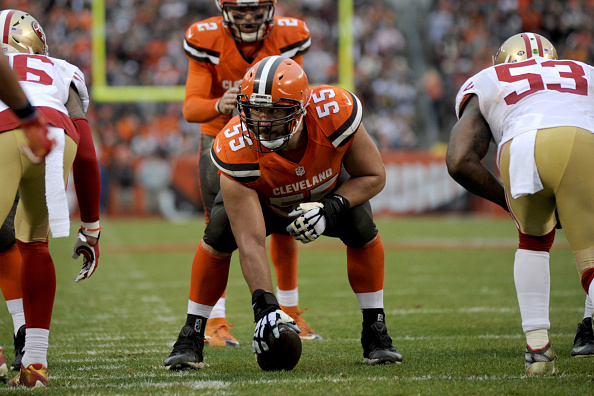 It wasn’t much of a surprise today when Browns center Alex Mack voided the final three years on his five-year deal the Browns gave him two seasons ago to avoid him going to the Jacksonville Jaguars.

To say that losing Mack would be a huge setback for the Browns would be an understatement. The team would likely have to either look in the early part of the draft for a new center, or look out in free agency, where there’s not anyone nearly as good as Mack.

The list is rather weak – from Mackenzy Bernadeau of the Cowboys, Stefen Wisniewski of Jacksonville, Ted Larsen of Arizona and Ryan Wendell from New England, there’s no player at the center position in free agency that have the same talent or skill level as Mack.

That makes the fact that Mack is going to be out there for any team to make a run at even more dangerous. He plays a skill position that isn’t easy by any means, and plays it well.

The good news about Mack is that he seems more than open to a return to the Browns, as Cleveland.com reports that his agent, Tim Younger, said that Mack likes the situation the Browns are building with new coach Hue Jackson.

“We view Alex’s decision to void as procedural,” said Younger. “It was built into his contract to afford him maximum flexibility. For the first time in his career, he will be experiencing true free agency. Although we anticipate interest from multiple teams, he was very impressed with Hue Jackson and returning to the Browns certainly remains on the table.”

The question will be what will it cost to keep Mack, and will a team with a better salary cap situation or one that might be closer to winning lure him away?

The Browns had better not play around with Mack, as he’s one of the best of the game, and for sure will get plenty of looks if he reaches the open market.