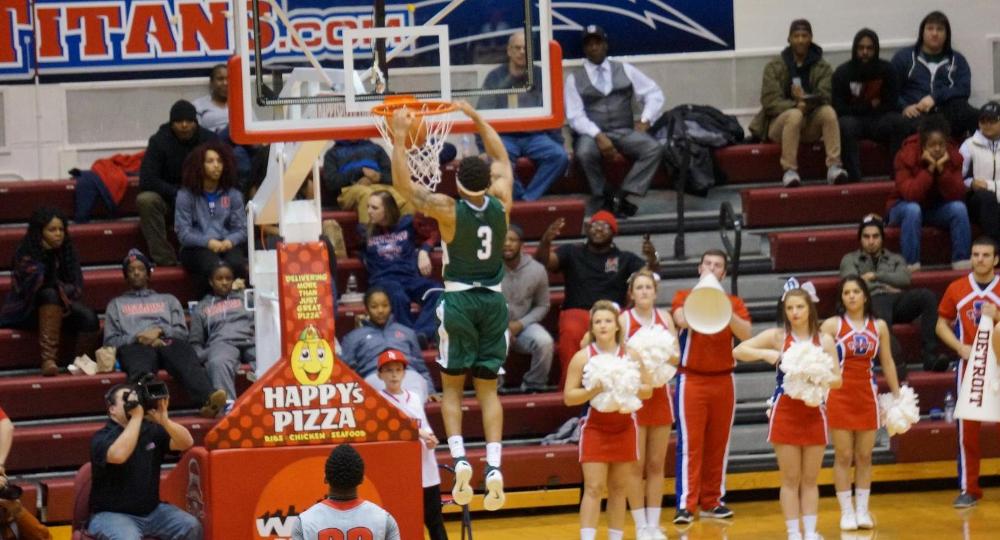 CLEVELAND – Cleveland State guard Rob Edwards has been named to the Horizon League All-Freshman team as voted on by the League coaches, sports information directors and select media. The League office announced the postseason awards on Tuesday afternoon.

Edwards leads the team and ranks 16th in the League in scoring (12.5 ppg), 10th in steals (1.1) and 11th in free throw percenage (.752), while adding 3.8 rebounds and 1.5 assists per game. He has started 29 games this year, the second most for a freshman at CSU and just one shy of tying the record, while his 959 minutes played are the most in a season for a freshman in program history.

A three-time Horizon League Freshman of the Week, Edwards has four 20-point games this year, including a career-high 26 points at Detroit in January. In a win over Cedarville in December, Edwards scored 21 points, hitting all five of his three-pointers to become just the second player in school history to be perfect from three-point with a minimum of five attempts.

A member of the Cancun Challenge Mayan Division All-Tournament team in November, Edwards has scored 386 points this year, needing 14 more to become just the fifth freshman in CSU history to reach 400 points.

Edwards and the ninth-seeded Vikings open play in the Horizon League Championship with a first round game against fourth-seeded Green Bay on Saturday (March 5) at 12:00 pm at Joe Louis Arena in Detroit.