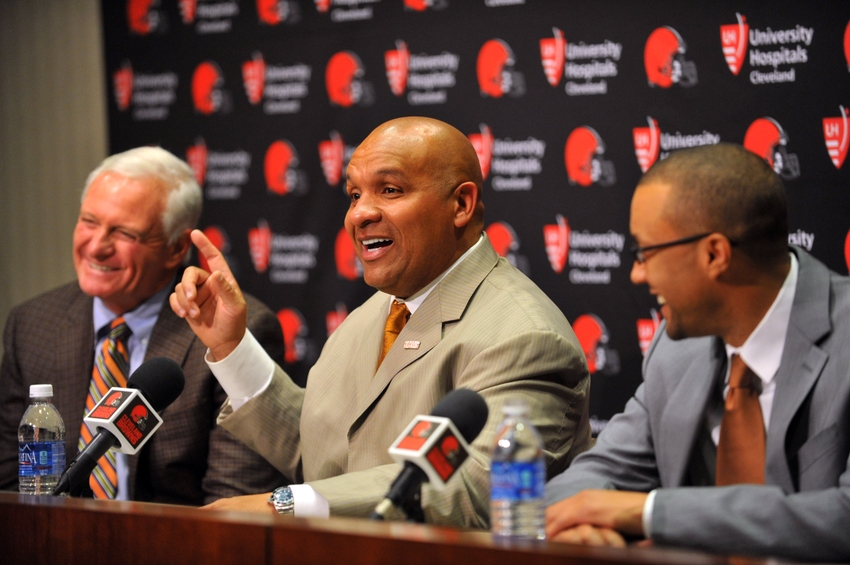 The Cleveland Browns made a move regarding their defense yesterday, as they fired Ray Horton and brought in Gregg Williams, the defensive coordinator for the Los Angeles Rams. Many would assume that this means they are going to try and build a very strong defense. One of the ways to create a better defense is the NFL Draft, which could bring them defensive end Myles Garrett with the top pick as well as the twelfth pick providing another opportunity to find a defensive playmaker. The other way is free agency, a place where the Browns were non-existent in last offseason. They let a lot of guys walk to try and flush out the previous regime’s mold. This offseason, they need to start molding a team identity. And with the signing of Gregg Williams, I think that identity should be a smash-mouth defense.

In the the list below, I name three players the Browns should sign on defense and why.

1. SS Eric Berry– Berry has been a staple of the Kansas City Chiefs defense for the better part for four seasons. Taking out the 2014 season where Berry sat most of the year out battling cancer, the strong safety has compiled ten interceptions- returning four of them for a touchdown. Berry has been a very reliable player on the field and whoever signs him won’t have to worry about him missing games as he’s only missed games during 2014. In a defense where the secondary is lacking a leader, Berry could provide a veteran edge.

2. DT Calais Campbell– If the Browns switch to a 4-3 defensive scheme under Williams, they’re going to need some big boys up front. That’s where Calais Campbell proves his worth. The man in the middle for Arizona has been a force for the Cardinals for the last eight years. This past season, he put up  fifty-three tackles and eight sacks along with a safety and interception. With the Browns currently working with Danny Shelton and Jamie Meder, Campbell would be a huge improvement. It would take a lot from the Browns to lure him away from Arizona, but they definitely have the money to do so.

3. CB Terence Newman– I know, I know. This goes completely against analytics. But, the aging veteran isn’t going to be as pricey as other cornerbacks, so this could be a reasonable pick-up for Cleveland. While he won’t provide a lot of interceptions, he could mentor the young corners and be a solid #2 opposite Joe Haden. Unlike the other two names on this list, Newman should be targeted on a short-term deal.

Who do you think the Browns should target in Free Agency? Let us know @NEOSportsInside and @Eli_Mooneyham.