Browns WR Bowe in No Danger of Not Making Roster 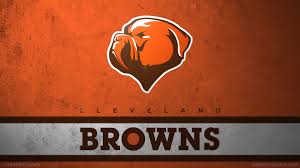 CLEVELAND – Despite missing lots of camp with a hamstring injury and a comment being made that seemed to put him possibly on the roster bubble, Browns wide out Dwayne Bowe is safe when it comes to making the Browns 53-man roster.

“Dwayne? No,” Pettine said after the Browns loss to the Bears Thursday night.

“He just needed to work, so that’s why he was out there.”

The clarity on the situation was needed after Bowe appeared in a meaningless preseason finale in which most of the opening day starters sat.

NFL commentator Solomon Wilcots stated earlier Thursday that “He needs to deliver (tonight), after talking to the coaches he needs to show up tonight to be a part of the 53-man roster (this weekend).”

While that may have been true that the coaches wanted to see Bowe – it now sounds like he was not in any danger of not making the team.

The Browns inked Bowe in March to a two-year deal worth $12.5 million.