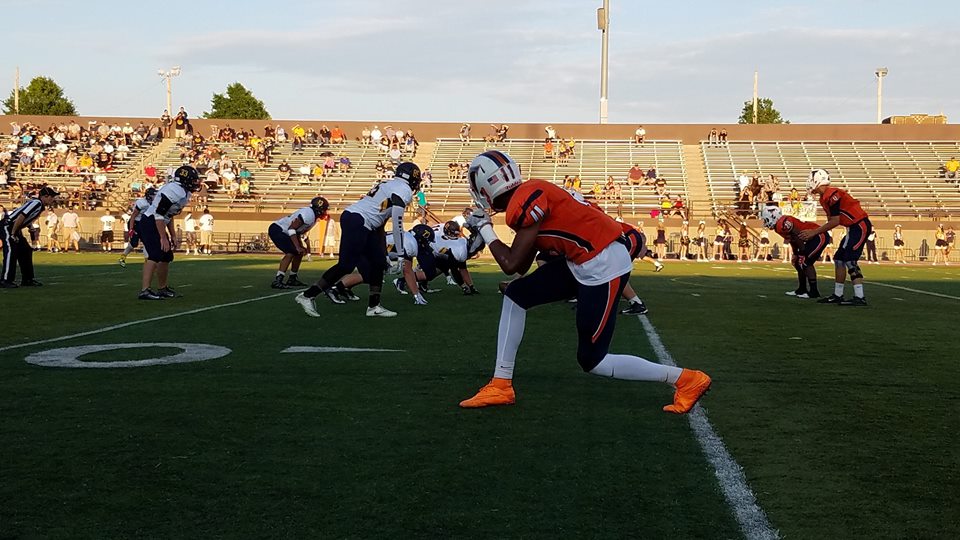 Week four of high school football is already upon us, and there’s a number of huge games around Northeast Ohio, including a big game in the Southwester Conference between the Bulldogs of Olmsted Falls and the North Ridgeville Rangers.

The Bulldogs enter action on Friday night at 2-1, and were seconds away from being 3-0. They beat the Parma Redmen on opening night 33-18, fell in the final seconds to Westlake to the Demons in week two 34-31, and last week were better than Lakewood in a 43-20 victory.

Last week the Bulldogs led by just a point at 21-20 at the half, but dominated the second half outscoring Lakewood 22-0 enroute to the 43-20 victory.

Senior fullback Spencer Linville scored three times in the second half for the Bulldogs, scoring on runs of 28 yards, two yards and eight yards to put the game away for Olmsted Falls.

Last season it was North Ridgeville on the road winning this conference battle with the Bulldogs 23-13, and entering Friday night at 1-2, the Rangers will try to duplicate that result.

North Ridgeville will be playing just their second game in their brand new stadium, which they opened two weeks ago with a 23-7 win over Amherst.

The Rangers though have had a rough go of it, as they were outscored by the North Royalton Bears 38-20 in their season opener on the road, and last week they fell to Berea-Midpark 42-39, as a late rally by the Rangers fell short.

In that loss a week ago, Rangers QB Collin Sullinger was 15-for-26 for 251 yards a pair of touchdowns. Running Back Shomari Williams had 137 rushing yards and three scores, and leading wide out Byron Shuey had 6 receptions for 112 yards and a score.

These two teams will continue Southwester Conference play in week five, as Olmsted Falls will be at home against Amherst, and North Ridgeville will be on the road against Avon Lake.