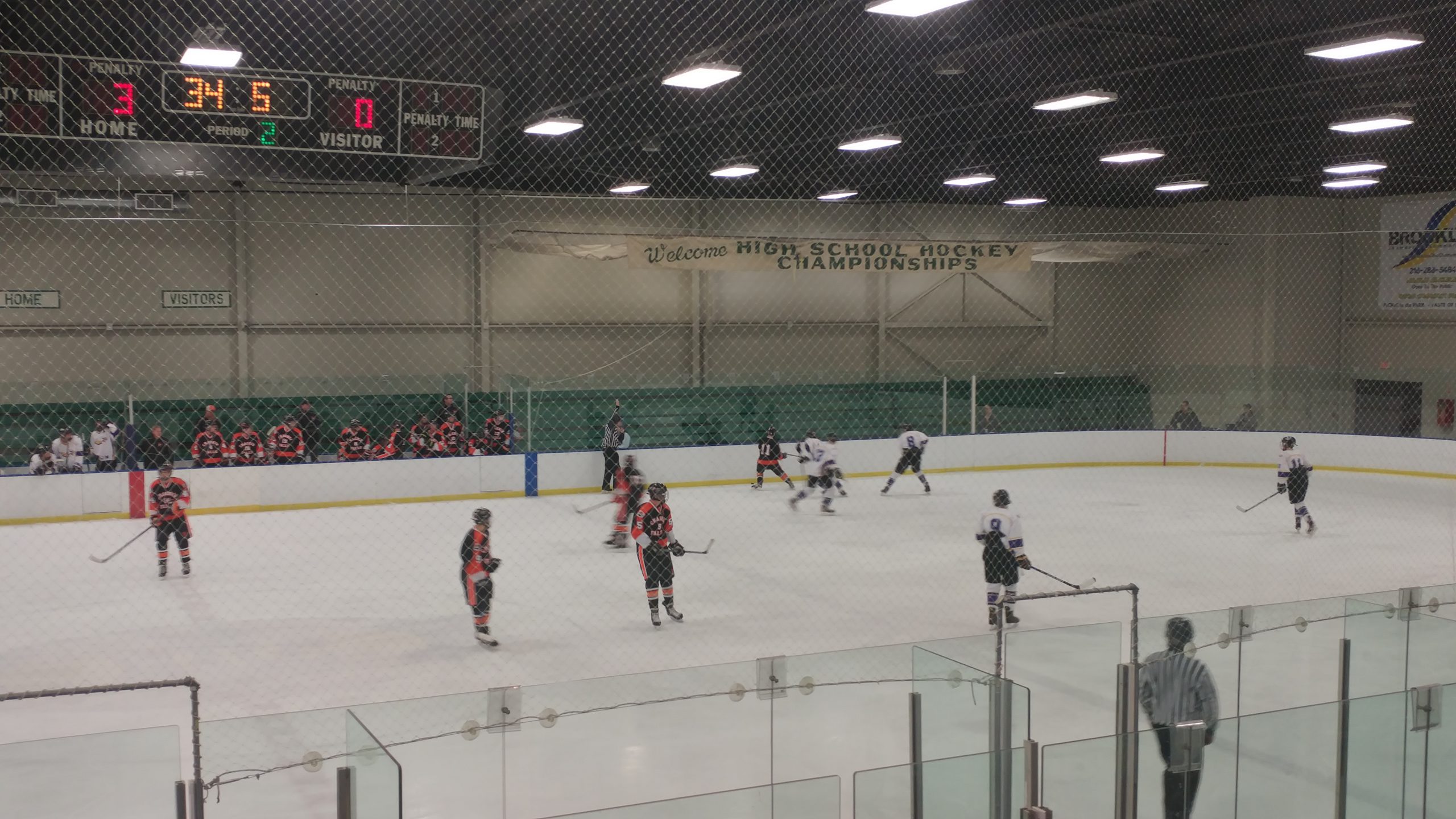 BROOKLYN, Ohio- The Avon Eagles and Chagrin Falls Tigers took the ice for the last game of the night in the Brooklyn District. The winner would take on the Brooklyn Hurricanes on Saturday at 2:30pm.

Avon would strike first at the 5:39 mark of the opening frame, as Zach Zwierecki would crash the crease of Chagrin Falls’ goaltender Ben Winovich and get the puck to the back of the net. Chagrin Falls would get the first power play opportunity of the night, as Tyler Zajankala would head to the box. Zwierecki would lead the Eagles to a short-handed marker, as he took advantage of the one-on-one with Winovich and went top-shelf for the goal at the 9:37 mark. The two teams would head into the break with the Eagles leading Chagrin Falls 1-0.

Avon would continue to thrive offensively in the middle stanza, as Zach Zwierecki would put on his favorite ball cap and score his hat trick goal at the 2:59 mark of the frame. Owen McDougald would get sent to the sin bin with 6:40 left in the middle frame due to interference, but Avon would kill the penalty for the second time in the game. Shane Docherty would increase the Avon lead to 4-0 with 7.5 seconds left in the middle stanza, as the Eagles would head into the break with a ton of momentum.

Though Leo Goetz would head to the sin bin within the first minute of the third frame, Zwierecki would intercept a Chagrin Falls pass and score his fourth goal of the game at the 1:38 mark. Danny Fielding would complete the shutout and the Eagles would win the game by the final score of 5-0.