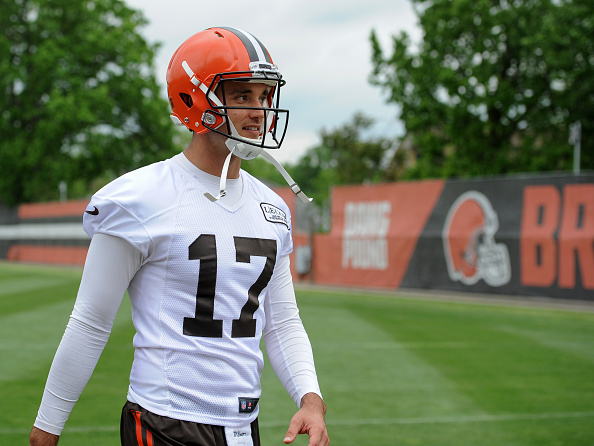 Now that Cleveland Browns head coach Hue Jackson has made the decision to start rookie QB DeShone Kizer after his impressive preseason play, the big question now is what is the team going to do with veteran QB Brock Osweiler?

Jackson knew there wasn’t a good reason in making Osweiler the starter Week 1 against the Pittsburgh Steelers. He may have the size, arm and trust of his fellow teammates, but he lacks in accuracy, pocket presence, decision making and much more.  The Houston Texans learned that painful lesson firsthand last year by making Osweiler their starter, going 8-6 as a starter with 15 touchdowns and 16 interceptions. Houston signed Osweiler to a four-year, $72 million deal in March of 2016.

So, what’s next for Osweiler? The league knows what Osweiler is. He’s not a starter-caliber player, but some teams may view him as a backup. That’s why the Browns should be in no rush to trade or cut the veteran. In this quarterback-starved league, trading Osweiler still may be difficult to pull off. Getting anything of value may be nearly impossible.

The Buffalo Bills could be a potential trade partner here soon. Their offensive coordinator is Rick Dennison, Osweiler’s former OC in Denver where he had most of his success as a starter when he filled in for Peyton Manning in 2015 for seven games. If Dennison thinks that Osweiler can fit their system, perhaps he could continue his career with the Bills.

I don’t see Brock leaving the NFL too soon. That one year in Denver was enough to show people he is a serviceable back up under the right system. I’d give him 3-4 more years. There’s some old QB’s in the league and not every draft pick is going to be Dak Prescott. Backup QB’s will always be needed, even the overpaid, below average ones.