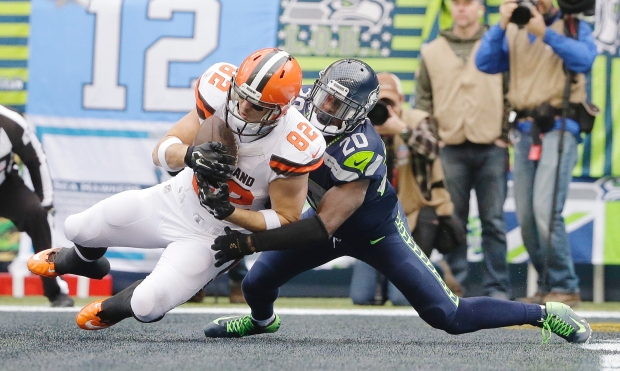 Johnny Manziel threw a beautiful touchdown pass to tight end Gary Barnidge on the opening drive of the game Sunday in Seattle to put the Browns ahead 6-0.

Barnidge now has 930 yards receiving on the season, which is the fifth-most receiving yards in a season by a tight end in franchise history. He needs just under 200 more yards to break the record, which is 1,106 yards, by Kellen Winslow in 2007.

Barnidge is third in the NFL in receiving yards and receiving touchdowns among tight ends this season.

Unfortunately, it was Manziel’s only touchdown pass of the game and the Browns fell 30-13, but Browns’ fans gained some hope and optimism, watching the second-year QB make some nice plays against a tough Seahawks’ defense.

Browns Claim RB Mostert Off Waivers from Ravens; Waive WR Jennings
Top 10 Reasons Why the Browns Have Failed Since 1999 – #10 The Curse of Art Modell