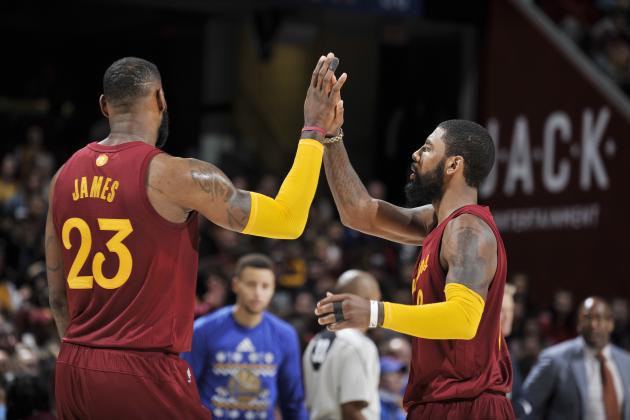 On Thursday night the NBA announced the five Christmas Day games for the upcoming 2017-18 NBA season.

The Cleveland Cavaliers will be traveling to Golden State for the third consecutive match-up on Christmas Day.

Since the Warriors are the defending 2017 NBA Finals Champions, they get rewarded by being at home on Christmas. The Cavaliers and Warriors will tip off on Christmas Day at 3 p.m EST and will begin a tripleheader of Christmas Day games on ABC.

The Cavs defeated the Warriors last year on Christmas Day. Kyrie Irving made a shot while tightly defended by Klay Thompson with 3.4 seconds left in the game. LeBron James added an additional 31 points for the Cavs in that game.

The Cavaliers and Warriors will both being playing on opening night also. The Celtics will travel to Cleveland to face the Cavs in a rematch from the Eastern Conference Finals at 8 p.m EST on TNT.

Christmas Day will have the following games played:

Report: Kyrie Irving Did Not Speak to Teammates for Consecutive Days during Playoffs
Kyrie To The Clippers? Latest Rumor Suggests Irving May Be Heading To Los Angeles