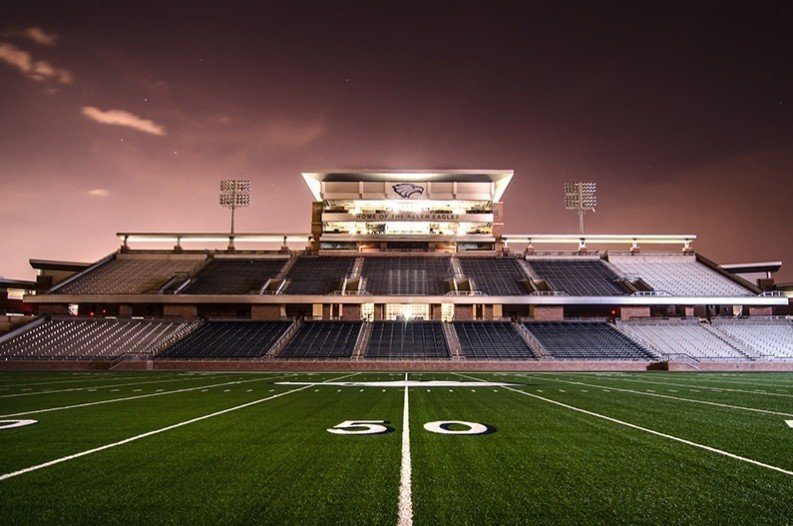 The biggest weekend in Ohio High School Football is only days away from Columbus, Ohio.  As 7 championship games are set to take place from Ohio Stadium.

Here are some interesting news and notes provided to us by Tim Stried, who is director of communications for the finals this weekend.

Thirteen of the 14 finalists have been to the title game at least once in their school’s history, while Cuyahoga Heights (Div. VI) is in the state championship game for the first time.

DO YOU WANT TO LISTEN TO THE GAME OR WATCH IT? INFORMATION BELOW!

Time Warner Cable SportsChannel will televise the seven state championship games live, and live streaming for TWC subscribers will be available at www.TWCSportsChannel.com. In addition, the OHSAA Radio Network will broadcast all seven games to its 45+ affiliates and online at OHSAA.org.

DO YOU WANT TO GO TO THE GAME?

Single-game tickets are available at the participating schools for $10, or at the Ohio Stadium ticket office before each game for $15 (club level, with indoor access) or $12 (reserved). Single-game and all-session tickets are also available online at http://go.osu.edu/OHSAAFBTix

Two options for all-session ticket books are available for the football state championship games. All-session tickets in the club level, which are the chair-back seats on the west side of the stadium, are $105 each (includes all seven games) and also permit indoor access into the Huntington Club before, during and after each game. All-session reserved ticket books on the east side of the stadium, which don’t include indoor access, are $84 each (includes all seven games). Tickets can also be purchased at the Schottenstein Center box office or by calling 1-800-GOBUCKS.

When Cleveland St. Ignatius and Cincinnati St. Xavier meet on Friday night, it will mark the first time that the Div. I state championship game hasn’t been on a Saturday since 1991 when it was played on Sunday, Dec. 1 at 2 p.m. (St. Ignatius beat Centerville).

The Division VI matchup is only state championship game featuring two No. 1 seeds. Three of the title games are rematches from the 2015 state championships (in Div. II, IV and V). Trotwood-Madison (Div. III) is attempting to become the third No. 7 seed to win a state title since the OHSAA expanded the playoff field to eight teams per region in 1999. Only one team that was ranked No. 1 in the final Associated Press polls has advanced to the state championship games (Maria Stein Marion Local in Div. VI). Coldwater (Div. V) is attempting to win its fifth-straight championship and 25th-consecutive playoff game, both of which would be state records.

For the third-straight season, the Midwest Athletic Conference has sent three teams to the state championship games, including Coldwater in Div. V, Marion Local in Div. VI and Minster in Div. VII. Those three schools all won state titles in 2014, marking the first time a conference produced three state champions in the same season. A straight line spanning 19 miles could connect Minster, Marion Local and Coldwater high schools. Those three schools own a combined 16 state football championships.