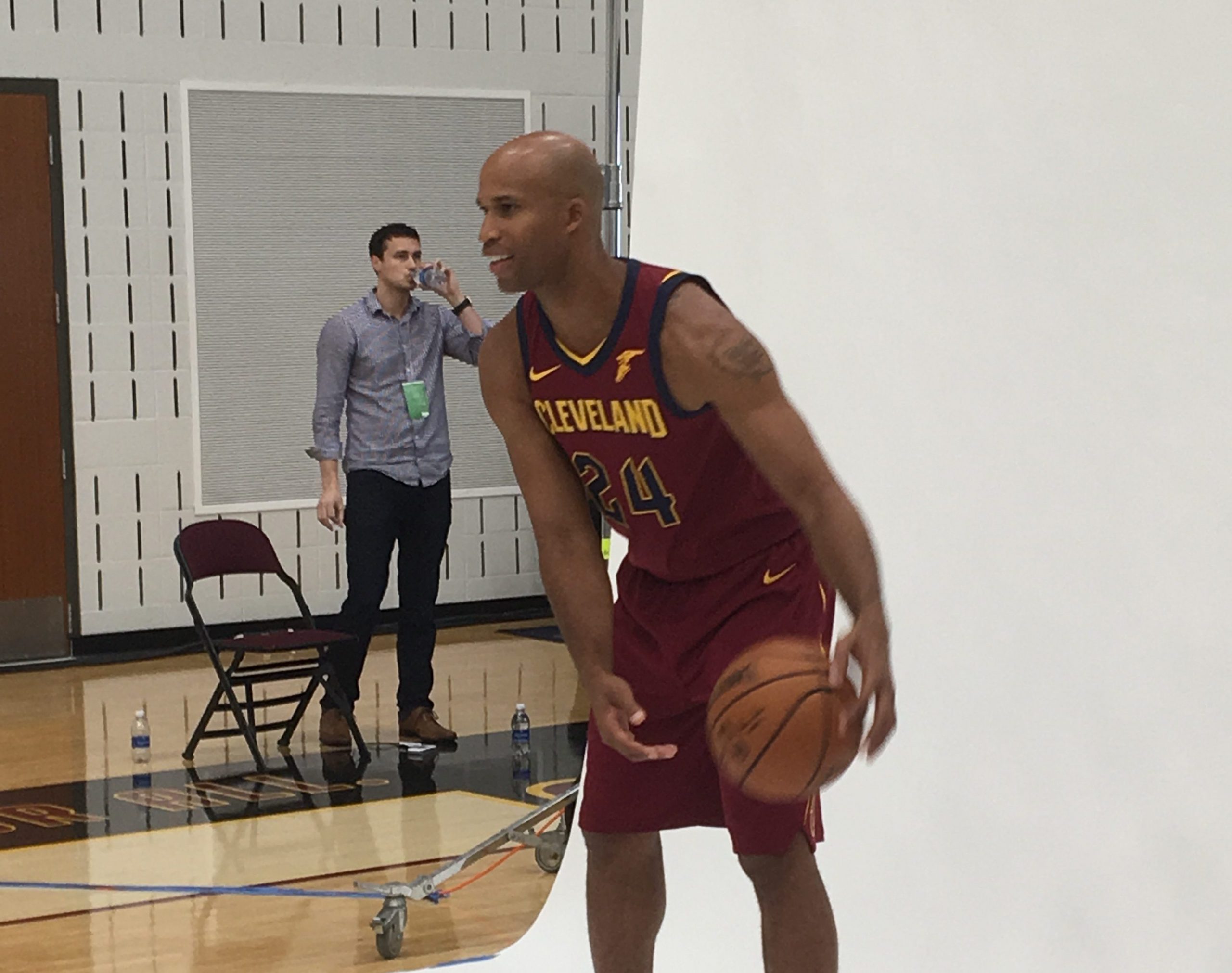 CLEVELAND– Richard Jefferson was a fan favorite when he was a member of the Cavaliers, and made his first return to Cleveland on Saturday night since being traded earlier this season.

After Dwyane Wade was brought in, Jefferson was traded to the Atlanta Hawks. After being waived, he agreed to a deal with the Denver Nuggets. While he was in Cleveland, however, Jefferson and Channing Frye were main components of the glue that held the Cavs together.

It’s no wonder then that postgame following Denver’s 126-117 win he made an appearance in his old locker room to give LeBron James a hard time by showing James a scratch he gave Jefferson on his head during the game.

Check out video below.

Forgot to post this last night. Waiting for LeBron to talk, RJ popped out of the Cavs training room ? pic.twitter.com/oKy6ALDZ1d