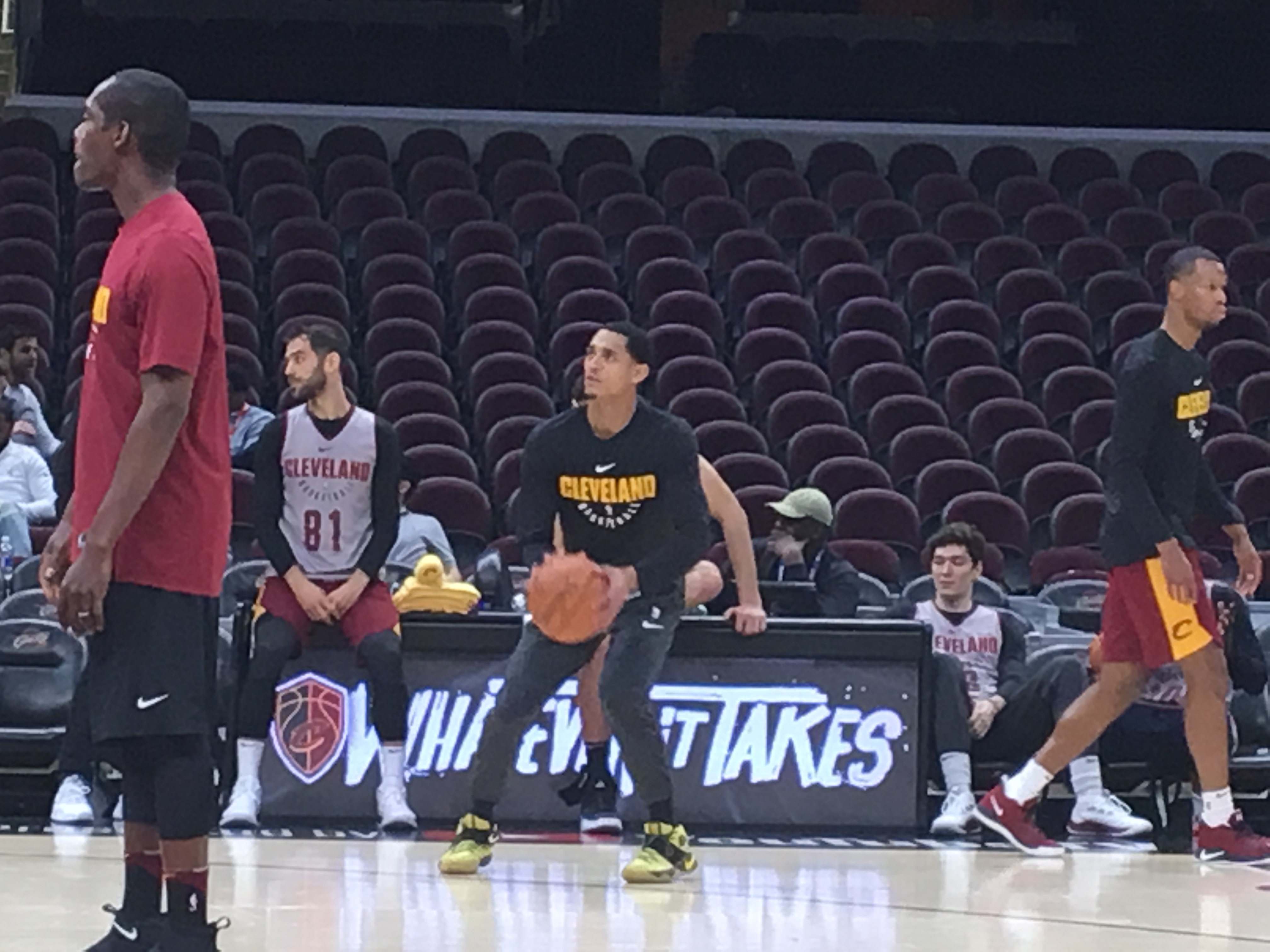 CLEVELAND– The Cleveland Cavaliers haven’t had much to be happy about during the 2018 NBA Finals.

Regardless of being down 0-3 in the series, however, they still got together at the end of practice to sing happy birthday to Jordan Clarkson, who turned 26 on Thursday. The team was led in song by rookies Ante Zizic and Cedi Osman, which has become a team tradition for birthdays.

Check out the video below.