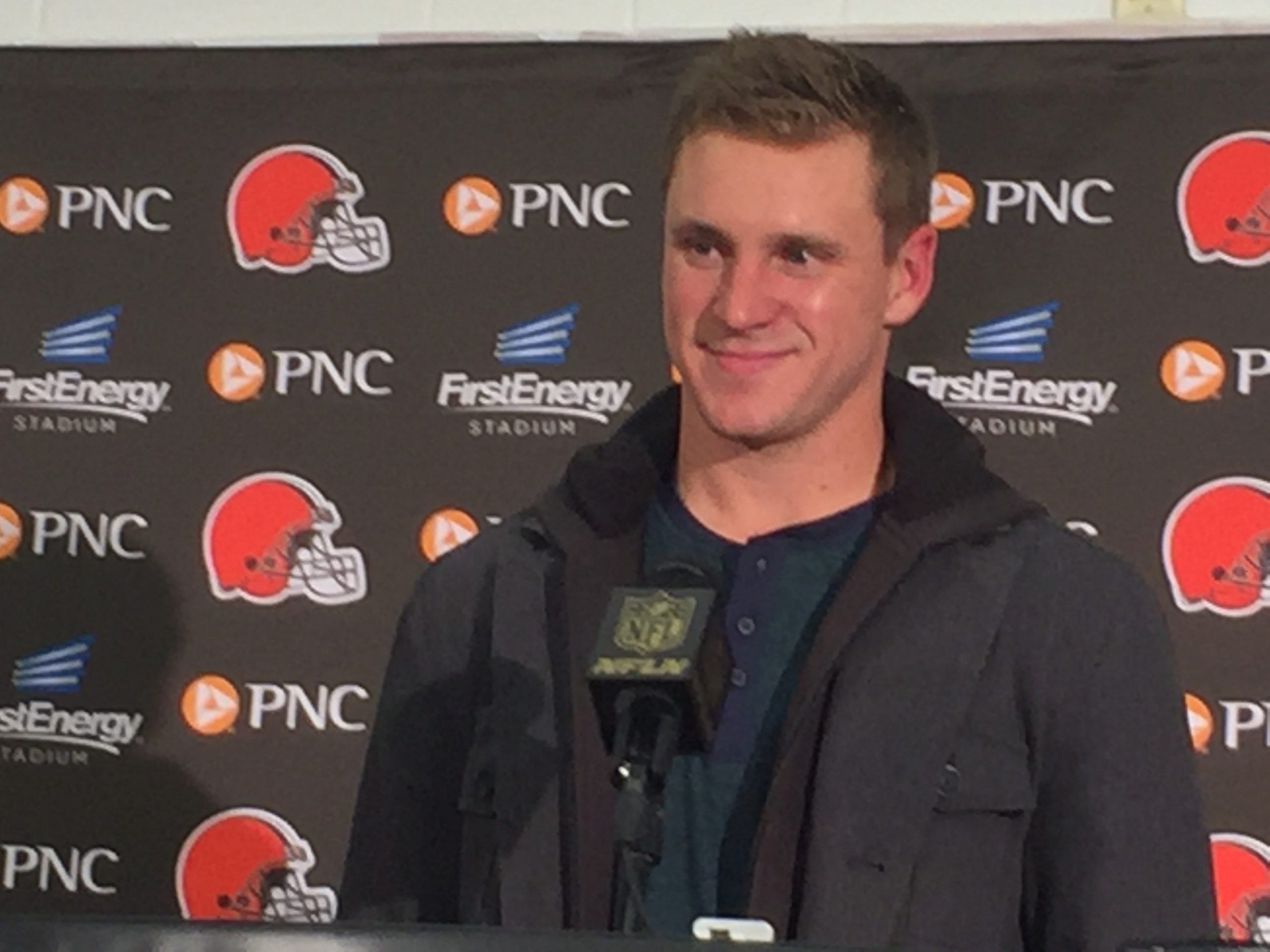 CLEVELAND – It was a tough night at First Energy Stadium, as the Browns, on the verge of an exciting 30-27 win, instead watched backup safety Will Hill race 64 yards on the final play for a score that gave the Ravens a wild 33-27 win.

The loss sends the Browns to 2-9, and now with Josh McCown appearing to be on the shelf for the rest of 2015, the team will have to make yet another decision – Austin Davis or Johnny Manziel?

For now, let’s hear from the locker room in the post game – coach Mike Pettine, QB Austin Davis and OL Cam Erving, who was run over on the final play as the Browns looked to kick a 51-yard field goal.