There is still a path to the playoffs for the Browns 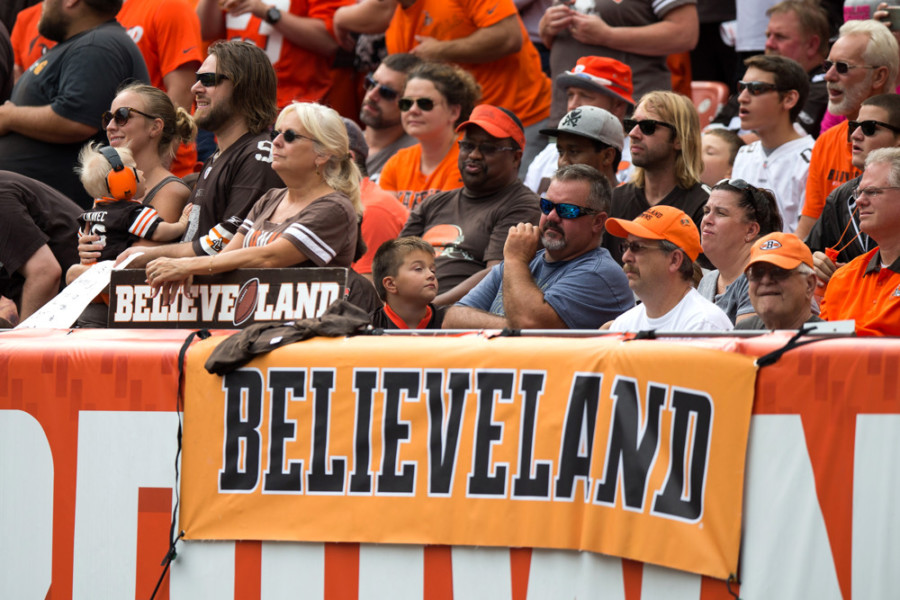 A 17-16, Browns win over the Broncos Saturday night left the team’s postseason dream intact heading into Sunday’s NFL slate. But by the end of the day Sunday, Cleveland’s two paths to the playoffs either as champions of the AFC North or the second wild card team were all but closed.

Wins by the Titans and Colts over the Giants and Cowboys respectively, then Pittsburgh – stunningly – over New England essentially slammed the door on the Browns postseason pursuit. Those were quite literally the only results that could have eliminated the Browns. All three played out.

All isn’t lost just yet though. Yes, yes crazy as it sounds there is still a very complicated path to the playoffs for Cleveland’s beloved Browns and it involves A TIE.

Now that Pittsburgh has won, the bottom line for Browns playoff hopes is this: They have to win two, then hope Indianapolis and Tennessee tie in Week 17. Browns would get tiebreaker if all three teams finish 8-7-1. (Miami and Baltimore have to finish 8-8.)

So the Browns still need to win out. They need the Ravens to lose out (their season ends against the Browns) and Miami to lose at least one more game to Jacksonville or Buffalo. The tougher part of the equation is what has to happen with Indianapolis and Tennessee. Cleveland needs both those AFC South foes to lose next week since they both won today and then need to pray for a highly unlikely tie when they play each other in Week 17.

It is a Hail Mary of a scenario to say the least. But mathematically, the Browns are still alive. Cue the Dumb and Dumber gifs!

Browns keep postseason dream alive with 17-16 win over Broncos: 5 Takeaways
The Cleveland Browns ‘Happy Holidays’ Tweet to the Fans is a Memorable Gift to All