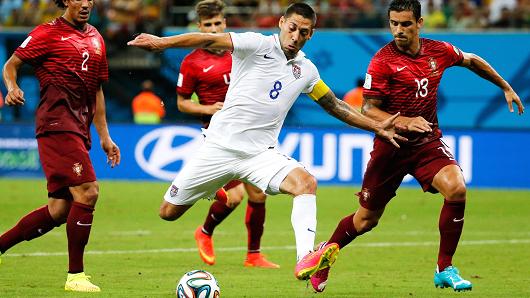 This July 15th the CONCACAF Gold Cup is coming to First Energy Stadium in Cleveland.  This is the second worldwide phenomena to come to Cleveland since UFC 203 took place last September 10th at Quicken Loans Arena.

Rumors have been running rampant as to who head coach Bruce Arena has chosen to be his 40 man preliminary roster.  Names have been tossed around, but now, we finally have our hands on the real deal.

Keep in mind however, that 13 of these men won’t make it by the time the team arrives in Cleveland on July 15th as tournament rules require the final 23-player roster to be turned in to CONCACAF no later than June 27. All players on the final list must come from the preliminary roster.

The U.S. will begin Gold Cup training camp June 25 in Nashville, Tenn., before traveling to East Hartford, Conn., for a warm-up game against Ghana on July 1 at Pratt & Whitney Stadium.

The Men’s National Team then returns to Nashville for its tournament opener against Panama on July 8 at Nissan Stadium, before venturing to Tampa’s Raymond James Stadium for a July 12 clash with Martinique. The USA closes group play on July 15 against Nicaragua at FirstEnergy Stadium in Cleveland, Ohio.

See below for the roster coming to Cleveland to represent Team USA in The Gold Cup.  Well, atleast 27 of them will we should say…

Take A Ride In The Cavs Car With K13LOCK
FLASHBACK: The 1997 WWF King of the Ring