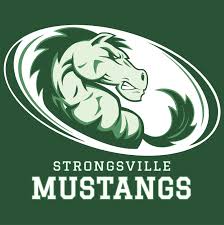 The Strongsville Mustangs overcame a 14-point halftime deficit to defeat the Berea-Midpark Titans 49-35 to kick off the 2018 season Friday night. A big reason for the come from behind win was the play of Taylor Griffin.  He is our Week One Jenny’s Old Fashioned Popcorn Player of the Week.

Griffin had 15 carries for 131 yards and a touchdown.  He also got a pick six that essentially ended the game. He was a big reason the Mustangs took a stranglehold on the lead late in the game.

Berea-Midpark’s Trevor Bycznski underthrew a pass and it was picked off by Griffin, who took it back 75 yards for a touchdown to give the Mustangs a commanding 41-28 lead and essentially put the game away.

“Coach put me in the position to make a play,” Griffin said.  “My teammates were on their game all I had to do was follow blocking and take it to the end zone.”

I spoke with Griffin who had the majority of the 2,700 plus votes cast since Sunday on what it meant to win the award, but also the respect he has for his teammates.

“It takes a lot to comeback from being down 14 points at halftime and perform the way we did in the second half. It shows our character as a team.  Our coaches always preach how we can control our adversity and we were able to respond the right way to get the win.  This win is our first step in our journey to get back to the playoffs for the first since 2008.”

The Mustangs will look to improve to 2-0 this week as they take on Hudson at Pat Catan’s Stadium in Strongsville.

Thank you to Jenny’s Old Fashioned Popcorn.  You can visit them here https://www.jennyspopcorn.com/ 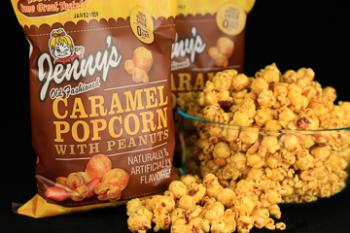 Where Can You Catch MAC Football This Weekend? NEOSI Has Your Full Schedule
The Setta Trophy High School Football Schedule For Week Two