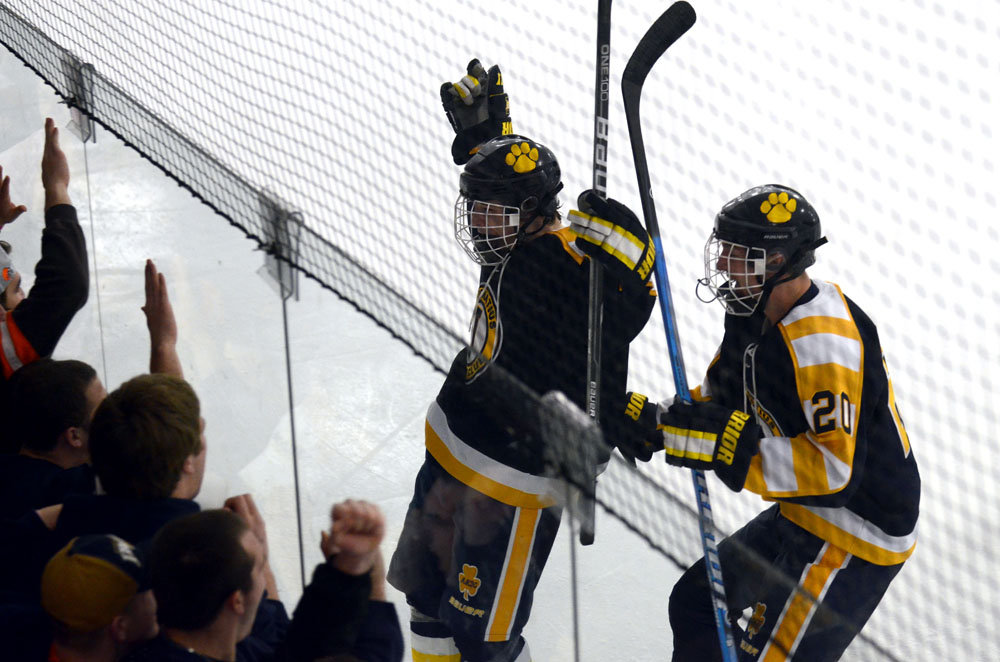 The St. Ignatius Wildcats faced off with the Toledo St. Francis de Sales Knights in the State Semi-Final on Thursday night at Nationwide Arena in Columbus.

The Wildcats stunned St. Francis, coming out of the gate in attack mode and never letting up, defeating the Knights 5-1 in a game that was never in question.

St. Francis came into play ranked #1 in the state, but Ignatius was #2. The Knights were 36-1 coming into the Semi-Final game. The Wildcats were 36-2-1. The last time Ignatius lost a game was the only time these two teams met in the regular season. The Knights won 5-1 back on December 20th. Since then, Ignatius went on a 24-game win-streak.

St. Francis outscored opponents 45-2 in their three playoff games leading up to Thursday’s Semi-Final match with the Wildcats. No one told St. Ignatius that. 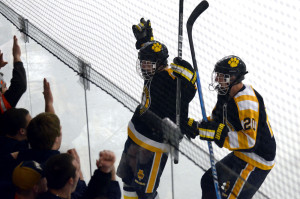 After a scoreless six minutes and 59 seconds, Ignatius jumped out to a 1-0 lead, thanks to a power play goal from Senior Captain Aidan Spellacy.

31 seconds later, the Wildcats scored again on an even-strength goal from Seth Whitney to stun the Knights and make it 2-0 with 7:30 left in the first period. 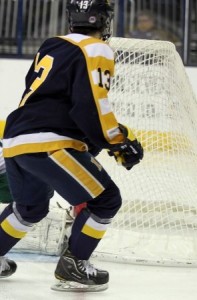 As if the 2-0 lead wasn’t shocking enough, Zack Kisel made it 3-0 Wildcats with 1:20 left, silencing the St. Francis de Sales student section. 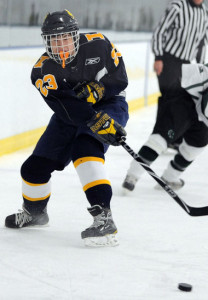 The Knights would head back to the dressing room for the intermission is disbelief, looking to regroup down 3-0 to Ignatius after one period.

The Wildcats kept it up in the second period, as Whitney scored his second goal of the game 3:03 into the frame to make it 4-0 St. Ignatius.

Crazy solo effort by Seth Whitney of St. Ignatius on this goal. Up 4-0 in second period. @ScottPatsko pic.twitter.com/cSXB44UmAV

The Wildcat student section was loving every second of it. 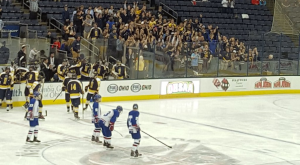 Whitney’s goal would be the only of the frame and Ignatius would take a 4-0 lead into the final period.

Here’s what all four goals in the first two periods looked like:

The Knights would have a lot of work to do if they were going to mount a third period comeback.

Cullen Frebes added on to the lead with just over 12 minutes left to remove all doubt and make it 5-0 Wildcats.

St. Francis de Sales finally got on the board after being held scoreless for 38 minutes, as Warren Natyshak scored on the power play to make it a 5-1 game. 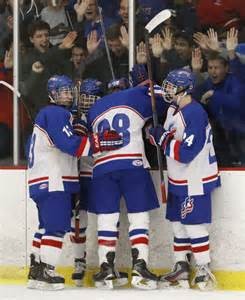 That would be the only goal allowed by Ignatius netminder Dylan McKeon, who was fantastic all night in the 33-save performance, and the Wildcats would win 5-1.

With the win, the Wildcats advance to the OHSAA State Championship Game Saturday afternoon to take on the University School Preppers, as it will be a Westside vs. Far Eastside matchup between two rivals from the Great Lakes Hockey League.

The puck drops at 2 PM. I’ll be covering the game live, so be sure to follow @NEOSportsInside on Twitter for updates.