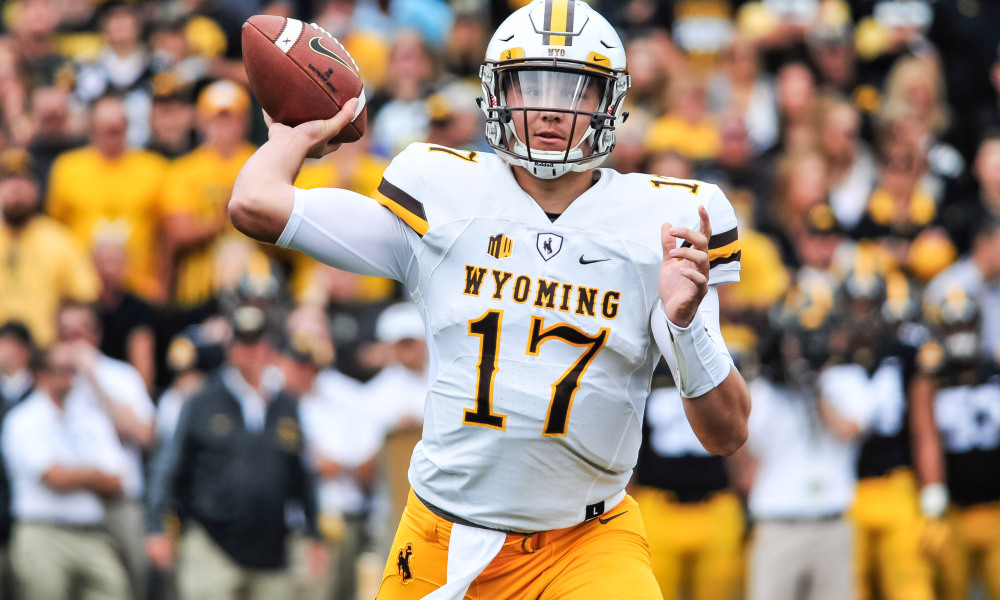 It appears that Sports Illustrated’s Peter King is yet another analyst buying into the Josh Allen hype, as he’s now predicted the Cleveland Browns will draft the Wyoming quarterback with the first overall pick in the 2018 NFL Draft in his latest MMQB column. According to King, he’s talked to a friend of Cleveland’s general manager John Dorsey who’s said the plan is to take Allen with the first pick and Penn State running back Saquon Barkley with the fourth overall pick.

“I would be surprised if he traded down,” King reported from his conversation with the anonymous source. “This would be his chance to take his two offensive cornerstones for the next eight or 10 years.”

Allen has been projected to go to Cleveland in a number of mock drafts, including all of Mel Kiper Jr.’s mocks to this point. The obvious infatuation with Allen is his size and arm strength, as the 6’5 quarterback dazzled scouts with an 80-yard bomb at the NFL Combine. However, there is a concern with Allen’s accuracy and ability to complete intermediate passes and he’s shown those flaws throughout his last two years in college. It’s a matter of if the Browns want to take a risk on Allen for the ceiling he could reach due to the raw talent that continues to be hyped about him.

Draft month is officially upon us and we’ll finally find out what the Browns plan on doing at the end of April.