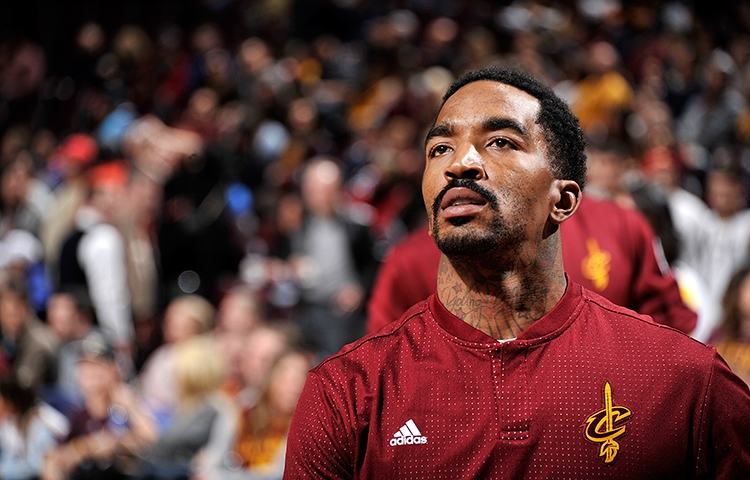 CLEVELAND – Losing the front end of the point-guard depth chart has produced a ripple effect over the last week for the Cavaliers, with Derrick Rose (ankle), Isaiah Thomas (hip) and Iman Shumpert (right knee) all on the mend at some point.

J.R. Smith has taken the largest hit amid the decimated backcourt.

The 32-year-old sharpshooter is now 7-for-36 (19.4%) from the field in his last five games, with four 3-pointers, six turnovers and 13 personal fouls. His usage exceeded 21 minutes in each of the starts, exemplifying the trust he has earned since playing under head coach Tyronn Lue.

“In all fairness to J.R., I think when he came back, the games he played we didn’t have a point guard,” said Lue prior to Sunday’s 114-95 loss to the New York Knicks at Quicken Loans Arena. “Without being able to run the offense fluidly, not being able to push the basketball [and few] pick-and-rolls like we usually do. We (didn’t) get swing shots and things like that.”

Even with the addition of Rose to the rejuvenated rotation, Smith shot 3-of-9 in 29 minutes of action. The Cavs trailed by 24 points when the 14-year veteran was on the floor, the worst mark for any player in the game.

On the season, Smith has a 24.4% field goal percentage and few meaningful contributions in a small sample size of seven contests. With Rose returning to the fold, Shumpert listed as day-to-day and Thomas slated for an activation in January, he will have find a way to mesh with an ever-changing lineup.

“It’s tough,” Lue said. “Having D-Rose back in the lineup I think will help J.R. a lot with the pace and pushing the basketball and getting us open shots.”

For now, Smith has to elevate his performance – both offensively and defensively – in the thick of an injury-riddled roster, especially with the defending Eastern Conference champions falling below .500 for the first time since Oct. 27, 2015 – opening night against the Chicago Bulls.