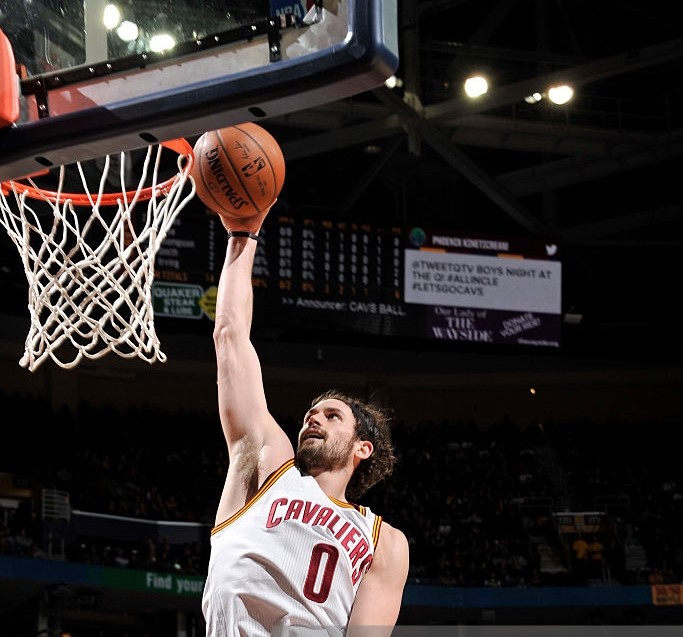 The Cleveland Cavaliers ended a four-game home stand on Wednesday night, hosting the Phoenix Suns, who entered play with a record of 14-32.

Phoenix made it competitive in the first half, but the Cavs came out with energy to start the second half, and cruised to a 115-93 victory.

The Cavaliers struggled defensively in the first quarter, allowing the Suns, who were without two of their best players, Eric Bledsoe and Brandon Knight, to lead 26-23 heading into the second quarter.

P.J. Tucker went 3-for-3 from beyond-the-arc in the quarter, scoring nine points.

The Cavs trailed for the first six minutes of the second quarter, before LeBron James sunk two free throws to tie the game at 36.

Phoenix would regain the lead right away with an easy layup, as the Cavs still showed little effort on the defensive end.

Both sides would trade baskets for a couple minutes, before Richard Jefferson gave the Cavs the lead, splitting a pair of free throws to make it 42-41 with 4:40 to play in the half.

The tempo of the game was disrupted by each team committing nine fouls in the first half, but the Cavs made the most of their free throw opportunities, hitting 10-of-12 in the half. Phoenix made just 7-of-12.

LeBron scored 12 points in the first half and dished out seven assists. Kevin Love scored 11 points, while hauling in six rebounds.

Most of the damage done by Phoenix in the first half came courtesy of their young backcourt. 20-year-old Archie Goodwin filled in for Knight at point guard and scored 12 points in the first half.

19-year-old rookie Devin Booker has been starting for the injured Bledsoe, who is unlikely to return this season, and Booker scored 11 points in the first half.

The Cavs opened up the second half strong, and jumped out to a 17-point lead, going on a 12-0 run in the first three minutes to start the third quarter.

Cleveland stayed comfortable the rest of the third quarter, leading 87-71. The Cavs would stay in front and cruise to a 115-93 victory.

LeBron finished with 21 points on 7-of-8 shooting and was perfect at the free throw line hitting all seven attempts. He also dished out nine assists.

Love scored 21 points and grabbed 11 rebounds on the night. It was his 21st double-double of the season. 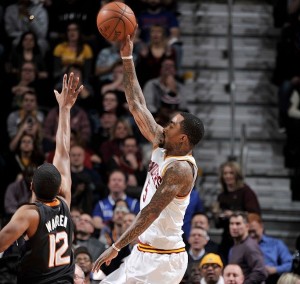 Taking Care of the Ball

The Suns were sloppy with the ball, turning it over 22 times, leading to 30 points for the Cavs. Smith swiped a season-high four steals.

Meanwhile, the Cavs only turned it over 13 times, and dished out 34 assists as a team.

After a close first half, in which the Cavs led 55-50 at halftime, Cleveland outscored Phoenix 60-43.

The young backcourt of Goodwin and Booker, which combined for 23 points in the first half, was held to just five points in the second half.

The Cavs finish their four-game home stand, going 3-1, and have won four of their last five games. Cleveland improves to 32-12 with the win and now travels to Detroit to take on the Pistons Friday night. Tip-off is scheduled for 7:30 PM. Detroit beat the Cavs in their only head-to-head meeting of the season back in November.