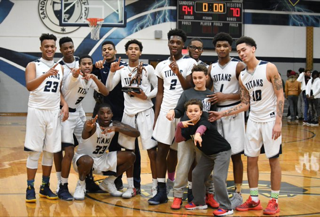 SANDUSKY, Ohio – The Titans of Lorain defeat Oberlin by a score of 94-70 in the Championship Round of Sandusky’s Holiday Classic Tournament.

The crowd was really into this one from the very start. It had the makings of a very close game with both teams trading runs throughout the first quarter, but the Titans just had too much firepower and Oberlin couldn’t match the tempo of the game.

The Phoenix found themselves playing catch up from well behind 20 points all night.

The Titans of Lorain dominated the boards all night long fighting off every run Oberlin tried to make at their lead. Naz Bohannon finished the game with 25 points and 10 rebounds. 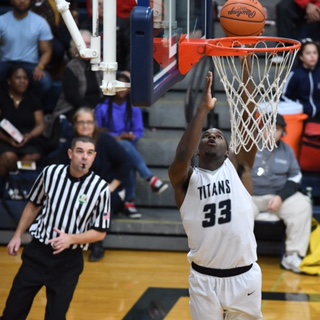 Lorain’s Naz Bohannon goes up for a layup during the Championship Game of the Sandusky Holiday Classic Tournament.

Octavious Wilson pumped in 20 points and 16 rebounds. There was no rising from the ashes for The Phoenix and Oberlin had no answer on the boards. Big man Donald Johnson had 18 points and 9 rebounds for the Phoenix. 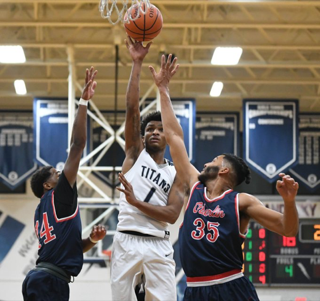 The intensity was there, but Lorain had the deeper roster, turning to guys like Davion Dower, Marqua Wright and Taevon Pierre-Louis to give them valuable minutes of suffocating defense and transitional baskets off the bench.

Lorain’s Jalil Little didn’t play in the championship game after being elbowed in the face in last night’s semi-final game against Elyria High.