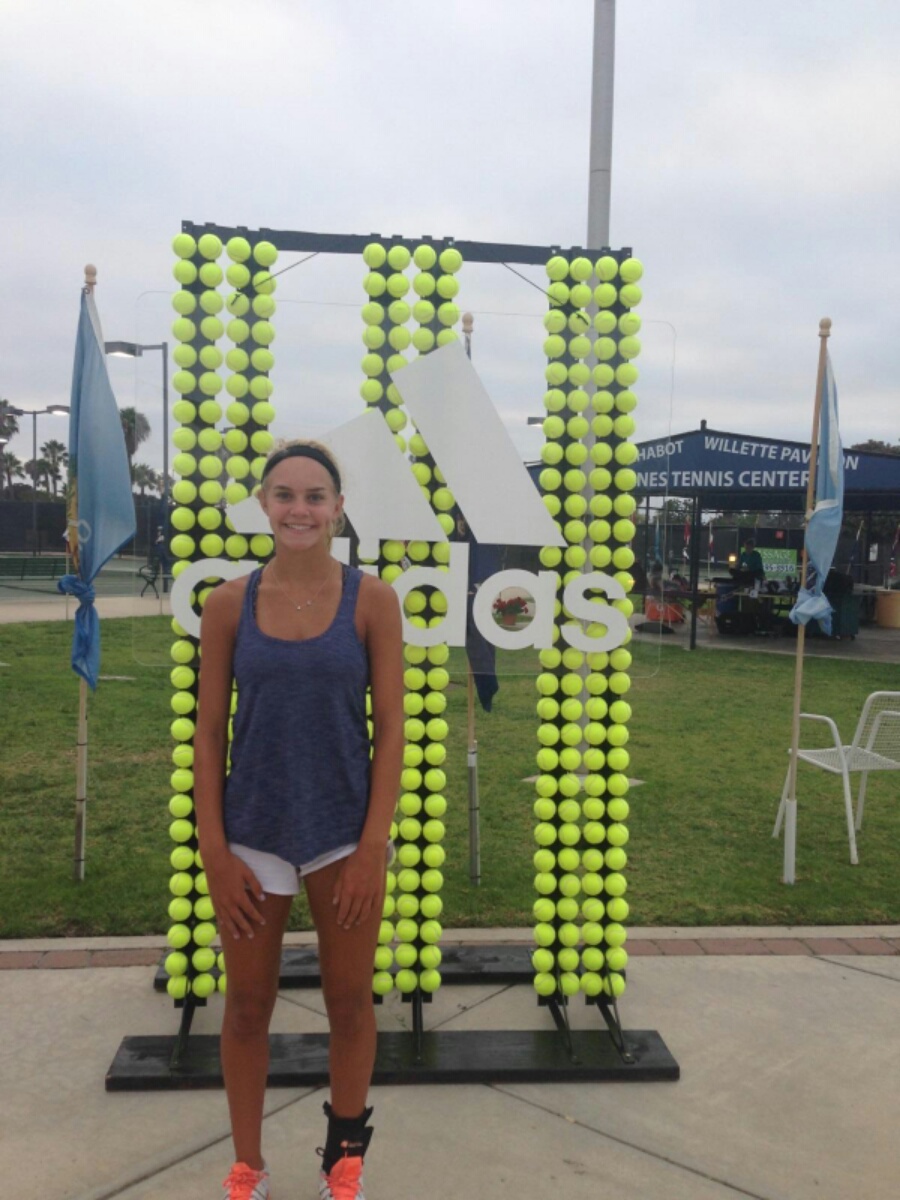 AVON LAKE, Ohio – Attention Tennis fans, and fans of true hard work, class and a desire to win, Anna Roggenburk is about to turns some heads on the national tennis scene.

I recently spoke with Don Stevens, the personal tennis coach for 15 year old Anna Roggenburk who lives in Avon Lake and he was beaming with pride for his student.
Coach Stevens has every reason to be proud of his player as she has had a summer for the ages and will continue to improve and impress each and every time out on the court.

Anna has been a student of his since age 9 and trains at Tournament Tough Tennis Academy located at Avon Oaks Country Club . She is currently in California representing the club at the girls 16 USTA National Championships.

Thanks to a strong work ethic, passion for the sport and incredible discipline, Anna has an incredible summer on the USTA summer tennis circuit.

Her Cinderella story began in June when Anna Roggenburk won the girls 16 Midwest Qualifier without losing a set.

At the end of June, Anna reached the round of 16 of the Midwest Closed in Indianapolis which than qualified her for the Nationals.

The tournament is representative of the 128 of the best players in a 5 state area.

As Anna prepared for the 16s Nationals, she had a set back while training rolling her ankle 3 weeks before heading to San Diego which is the Super Bowl of Junior Tennis and the biggest tournament of the summer.

The prize of winning the prestigious event is a Wild Card slot in the Junior US Open, in New York.

Drawing a tough first round at the Nationals, Anna bounced back in San Diego winning two rounds including upsetting the #60 player in the Nation in Girls 16s age group.

She is currently one of the top ranked players in North East Ohio in Division One.

Upon returning from California, Anna will rejoin her Magnificat Tennis Team as they head to Cincinnati for their first match of the season.

Look out for Anna and any athlete to come out of the Tennis Academy at Avon Oaks Country Club to be on the rise soon!