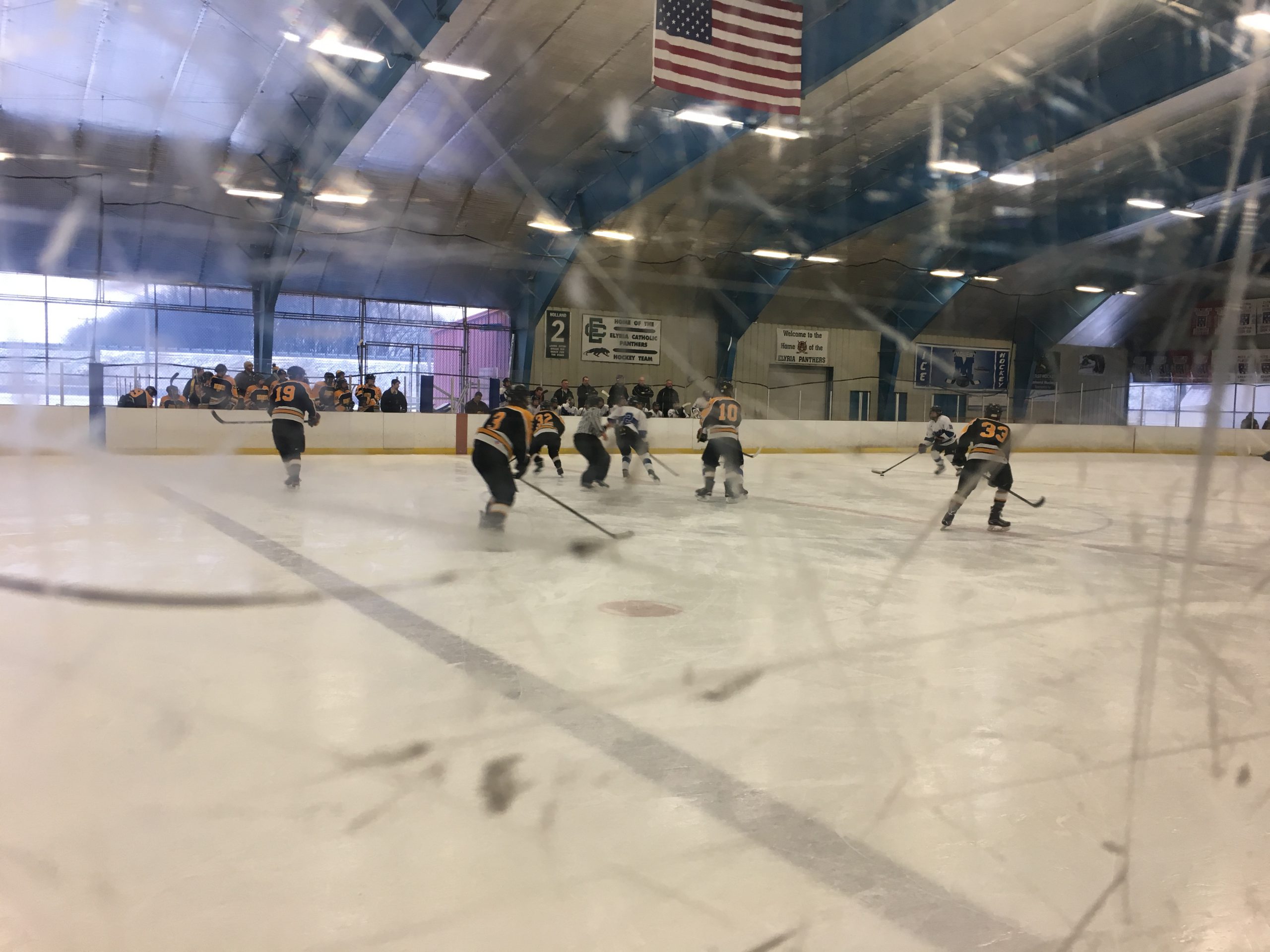 Midview’s Jonathan Rodgers was able to score their only goal of the period on a power play; he was assisted by Jeffery Mullins and Heath Naso. Midview outshot Cleveland Heights 13-7 in the period. The score is tied 1-1 after the first period.

The second period was just as physical as the first period. Cleveland Heights managed to score first thanks to a goal by Noah Webster, assisted by Kent Hadden and Stephen Lang, but Midview was able to tie the score at two because Jonathan Rodgers scored his second goal of the game, assisted by Bryan Weaver and Jacob Sheetz.

Midview was awarded a penalty shot at the 8:57 mark of the second period, but was unable to capitalize on their attempt. Midview’s Bryan Weaver committed a 5-minute slashing penalty with 51.9 seconds left in the period.

In a game that was physical from the opening face-off and saw a total of 27 penalties minutes given out, Midview was able to escape with the win and remain undefeated on the season. Midview’s goalie, Logan Perkins saved 32 shots, while Cleveland Heights goalie, Trent Swain saved 33 shots.