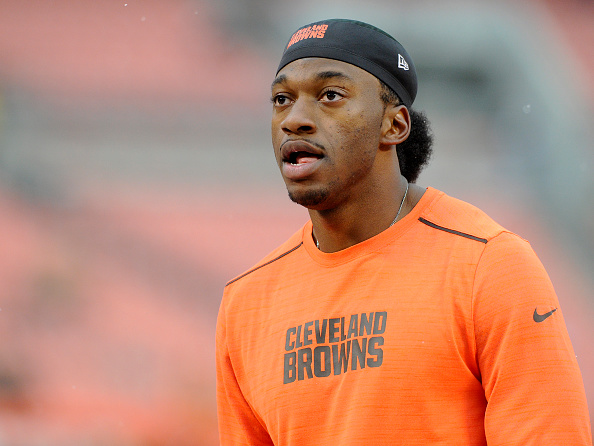 The Browns usually in week 17 wind up starting some journeyman quarterback that is never heard from again after the game.

Well, this year sounds like it will be different, as Sunday in Pittsburgh it looks like Robert Griffin III will be back for the Browns, as reports say he’s been cleared from concussion protocol and will be able to take the field.

Coach Hue Jackson has said earlier this week that if Griffin was out of the protocol and was cleared to play that he would be the starter.

The move puts Cody Kessler back to the role as backup, and Josh McCown will probably wind up again as inactive.

RG III played well against the Chargers, going 17 of 28 for 196 yards and running for 42 yards before he was knocked out of the game with the concussion early in the fourth quarter.

This season he’s thrown for 654 yards with no touchdowns and two interceptions for the Browns, who will be taking on mostly backups in Heinz Field Sunday with the Steelers already having clinched the AFC North and the 3rd seed in the AFC.