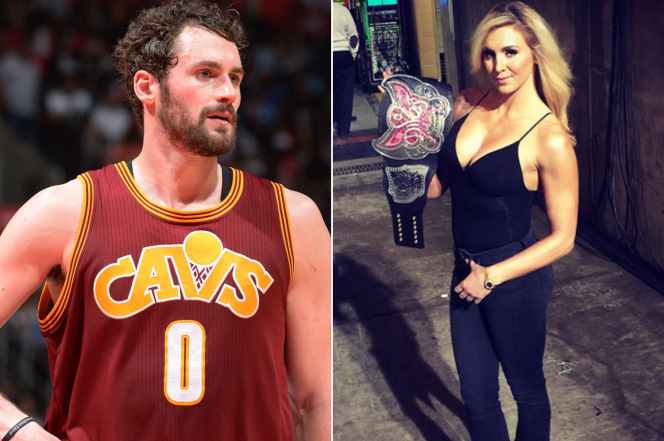 Last year during the NBA Finals, Flair met Love. During that time Flair says that Love showed interest in his daughter. When Kevin Love and Ric Flair met for the first time the conversation went something like this, Flair said to radio host Maggie Gray, “I’m a huge fan of yours, but I love your daughter.”

Flair also said that Love had asked for his daughters digits.

Flair knows that Love makes a good amount of money and can take care of his daughter, and that he is also a man.

Charlotte was previously married to TNA wrestler, Bram. Charlotte and Bram’s marriage ended in a divorce and Charlotte has been looking since then.

Is it possible to see Charlotte at some Cavalier’s games in the future? Only time will tell. I can confirm one thing though, Charlotte will not be at the game on April 3 against the Charlotte Hornets because she will be getting ready to defend her Divas Championship at WrestleMania 32, in Dallas.