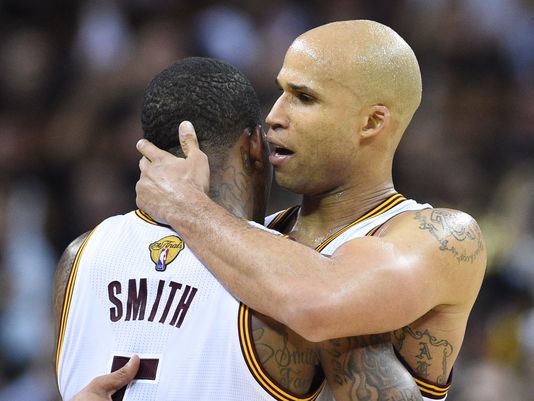 Richard Jefferson made an announcement after Game 7 of the NBA Finals that he was going to retire.

Later that night, he indicated that it was not set in stone.

On Tuesday, Yahoo’s “The Veritical” reported that Jefferson hopes to play two or three more seasons.

AUDIO: Kyrie Irving Jokes “There Are 3 Warriors on (Olympic) Team, So I’ll Be Throwing It in Their Face A Bit”
VIDEO: Kevin Love’s Appearance with Stephen Colbert; Talks About WWE Belt and More