Report: Browns One of Three Teams in Trade Talks for 49’ers QB Kaepernick 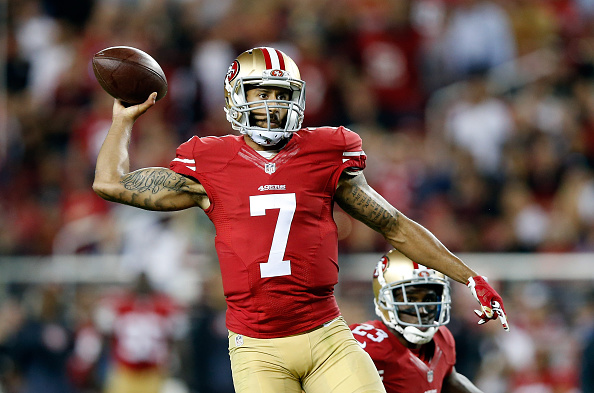 After a rather tough day one of the free agency, the Browns return back at it today, and with it comes chatter that the team may be looking to acquire 49’ers quarterback Colin Kaepernick.

Matt Maiocco of CSNBayArea.com reports that the Browns, along with the now quarterback empty Denver Broncos and the New York Jets are three teams that have their eyes on Kaepernick.

The Denver Broncos, New York Jets and Cleveland Browns have contacted the 49ers about a potential trade, but the 49ers have not yet received an offer to prompt them to part ways with Kaepernick, the source said.

The 49ers are looking for a second-round draft pick, but the Broncos may be willing to part with a third-round pick, reports Mike Silver of the NFL Network.

The 49ers have told teams that they would be happy to keep Kaepernick if the compensation is not right.

The question would be what would Cleveland be willing to give up fro Kaepernick, and would he finally solve the quarterback woes the team has seemingly had since their return in 1999?

It’s not the first time the Browns have gone after a former good 49’ers quarterback, the team picked up one-time Niners QB Jeff Garcia back in 2004, and that season he started 10 games, going 3-7 with 10 touchdowns and 9 picks. Garcia ended up in Detroit the following season.

Kaepernick may need a change of scenery after falling out of favor with the 49’ers, and now with Chip Kelly in town as their new coach, Kaepernick may not get another chance to start for San Fran.

Last season he threw six touchdowns and five picks before eventually being benched as the Niners struggled through a tough season, their first without coach Jim Harbaugh, who left to go to Michigan.

The Broncos are a team that clearly needs a QB after losing Peyton Manning to retirement and free agent Brock Osweiler to the Texans.

Former Bucs executive Mark Dominik said today on ‘Mike and Mike’ on ESPN this morning that the Broncos are officially desperate for the quarterback, and both Kaepernick and Robert Griffin III are on their radar.

New Regime, Same Tactics for the Cleveland Browns
See Which NFL Expert Crushed the Browns on ESPN Regarding Free Agency