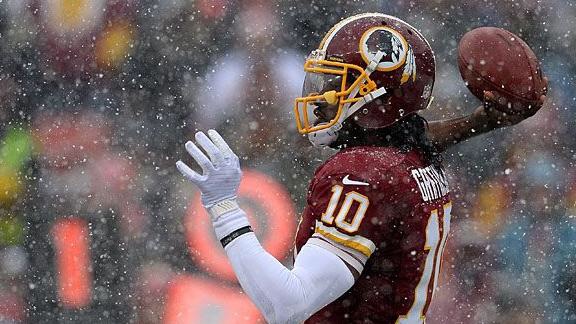 A report from Mike Florio of ProFootballTalk.com states that the Browns are “making calls” about former Washington Redskins quarterback Robert Griffin III.

“A source with knowledge of the situation tells PFT that the Browns are making calls to people who know Griffin to find out who may know more about the player and, specifically, his character”

The Browns and San Francisco 49ers were close to making a deal to send Colin Kaepernick to Cleveland in exchange for a third-round draft pick, but the Browns did not feel comfortable giving Kaepernick $12 million and the talks appeared to hit a dead end.

Griffin III is a free-agent and will in all likelihood be less expensive than Kaepernick. The Browns would not have to give up any draft picks and if they were to sign him, then maybe they wait to take a quarterback later in the draft.

Griffin III has a long history of injuries and was a polarizing figure in his time in D.C., but does have something on his resume that is hard to find in Browns’ quarterbacks, a playoff-berth.

We’ll keep you posted on the Browns never-ending search for a quarterback.