BRUNSWICK, Ohio – WEWS is reporting that Browns cornerback Justin Gilbert was involved in a road rage crash Friday night, confirmed to them by Brunswick police.

Here’s the report from WEWS about the incident:

The incident started in Middleburg Heights when the driver of a Mustang was allegedly chasing Gilbert in his Dodge Challenger, supposedly causing Gilbert to crash into a ditch.

Police issued Gilbert a citation for lack of responsible control.

The driver of a Mustang was also issued a ticket for disorderly conduct.

Police told newsnet5.com both citations can be waved and neither have to appear in court. 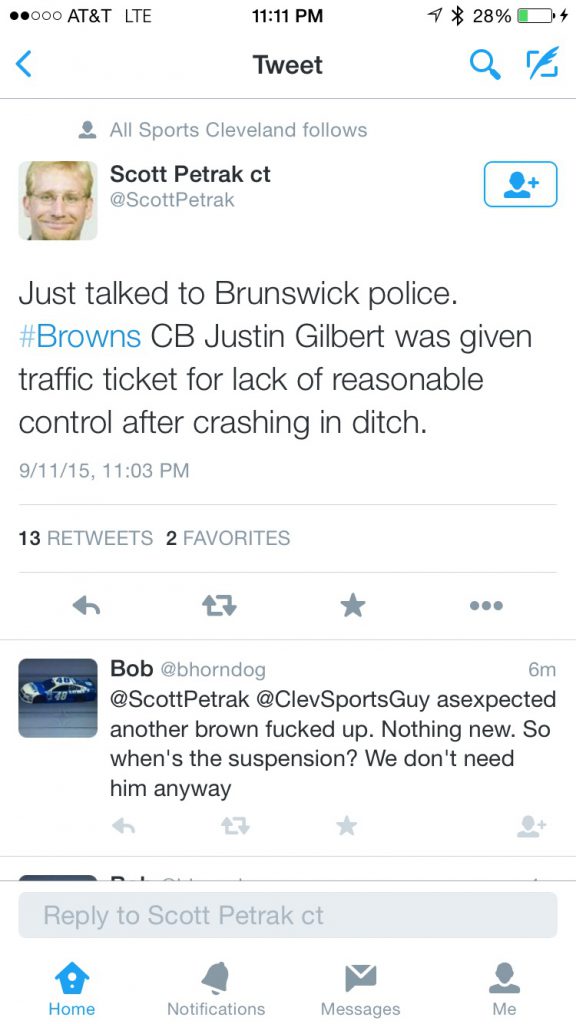 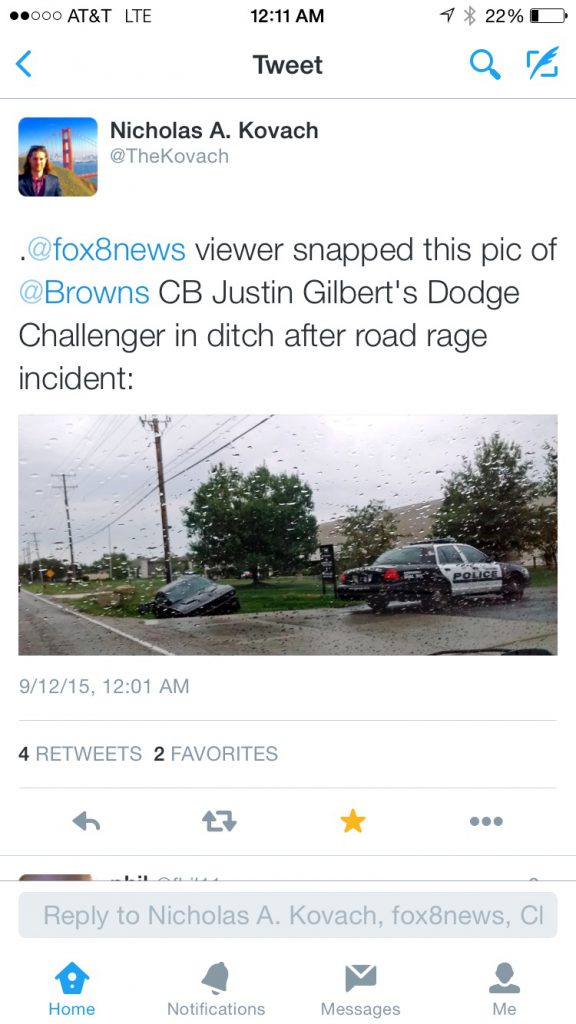