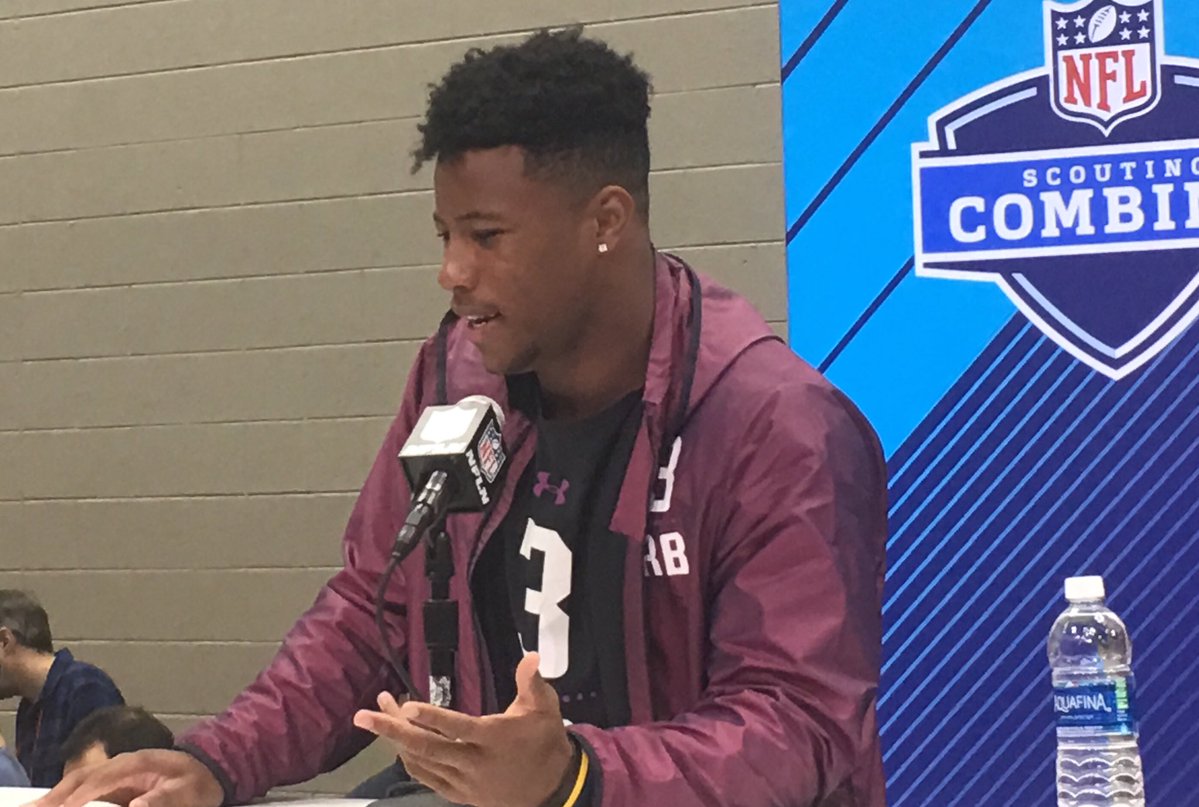 A running back has not gone number one in the draft since the Browns rival to the South, the Cincinnati Bengals, took Penn State back Ki-Jana Carter number one back in the 1995 NFL Draft.

Carter tore his ACL in a preseason game in Detroit, and never turned into the game-changing back the Bengals thought they would have, ending his career with 1144 yards in 59 games with 20 touchdowns as a pro.

Here we are 23 years later, and another Penn State back has the attention of many, that being sensational Saquon Barkley, who could be the next first overall pick at running back if the Browns decide to go in that direction.

Barkley spoke at the NFL Combine on Thursday, and was asked the all important question about playing in Cleveland for a Browns team that has won one game in two seasons.

His answer was spot on for a kid that wants to turn a franchise around.

“You want to be part of something bigger than yourself.” – Saquon Barkley#BrownsDraft pic.twitter.com/Vvbf8Wzjea

Oh and if you missed it, all Barkley did at the combine was bench press 225 pounds an amazing 29 times, something most offensive lineman looking to get drafted can’t do.

Will the Browns make him a part of their future? With Isaiah Crowell likely moving on, the team could use a back like Barkley, but of course we’ll have to wait and see till the end of April for their answer.