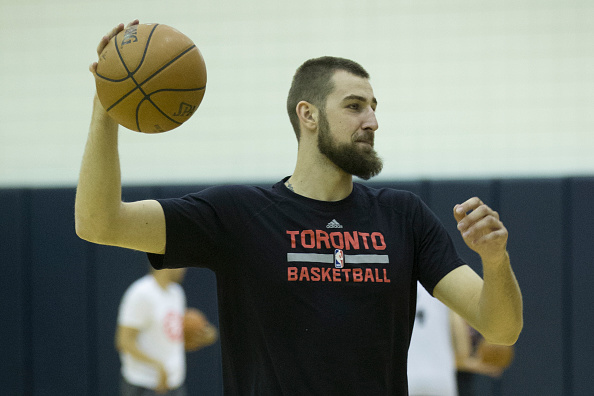 Tonight is critical game four between the Cavs and Raptors in the Eastern Conference Finals, and while the Cavs are up 2-1 in the best of seven series, there’s some nervous feelings after the way they lost Saturday’s game three in Toronto.

Things may get even tougher for the Cavs tonight, as Brian Windhorst is reporting that the Raptors look like they are going to get one of their better players back in the lineup tonight, that being center Jonas Valanciunas.

Jonas Valanciunas (ankle) upgraded to gametime decision. Signs are that he will play tonight for Raptors vs. Cavs.

The Raptors big man sprained his ankle in Game three of the Eastern Conference Semis against the Heat. He’s been effective this postseason, as in 10 games in the playoffs he’s averaging 15 points, 12.1 rebounds and 1.4 blocks.​

Bismack Biyombo dominated in place of Valanciunas on Saturday, as he had an amazing 26 rebounds in the Raptors win over the Cavs.