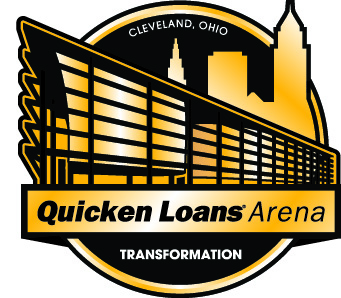 CLEVELAND– The Quicken Loans Arena renovation project is set to begin construction on Feb. 5, when barriers to define the construction zone will be erected.

According to a release, work will begin on the north side of the arena along Huron Road, and the south side of the arena facing Progressive Field. The initial construction will be on the building’s exterior. Both sidewalk access and traffic will be affected.

Signage will be posted directing people to proper entrances around the arena, while crosswalks on Huron Road will be redefined for pedestrian traffic. The Gateway East garage and connecting bridge will remain open. The North Bridge from The JACK Casino Garage connecting to The Q will be open for the remainder of the Cavaliers season before it is eliminated this summer.

Changes to the north side of the arena will add a 42,530-square-foot atrium that will feature a glass facade. On the south side of the building, and extra 6,350-square feet will be added to the arena’s main concourse.

Traffic will also be affected before and after events, per the release:

On non-event days, traffic on Huron Road will be one lane in each direction. During the summers of 2018 and 2019, The Q will be closed to all events.

Check out a map of the construction below, and click on the image to enlarge. 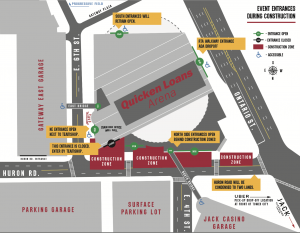